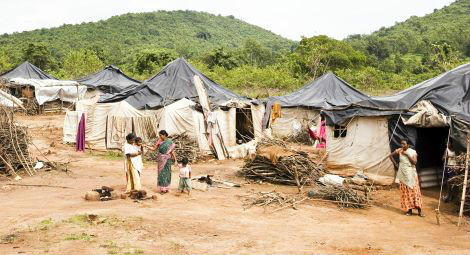 A church-run vacation Bible school was disrupted when two men stormed into the Victory and Light Prayer House in Palavanatham village, Virudhunagar District, Tamil Nadu on 1 May.

The annual vacation Bible school was attended by approximately 50 children ages between four and 12. Local sources say that the intruders belonged to the Bharatiya Janata Party (BJP) and the Hindu Munani (Hindu Front), and were also from Virudhunagar District.

According to the school’s organiser, John Madhavan, the men trespassed on the property and demanded that the programme be stopped. Reportedly, the men were overbearing and had sharply questioned the children about their caste. Despite assurances by the organisers that the children were there at the consent of their parents, the two men continued to threaten everyone present and prevented anyone from leaving the premises while they alerted the police.

Mr Madhvan also said that the men are known to have threatened members of the church over the past year. The vacation Bible school, which was scheduled to run from the 1 to 6 May has now been suspended.

Nehemiah Christie, the Executive Director (Legislation and Regulations) of The Synod of Pentecostal Churches said: “The vacation Bible school has been conducted for well over 50 years across India. It is sad to see children being exposed to this level of religious intolerance and intimidation. The communal mobilization of Hindu nationalism is expanding at an alarming rate here where we see religious hardline groups employ bullying tactics and flagrantly use of the law enforcement apparatus to instill fear on Christian interests. If this type of behavior is allowed to persist, the prospects of maintaining a cohesive and integrated society will be lost. This kind of future was not envisaged by our forefathers like Gandhi and Ambedkar.”

Local sources note that Tamil Nadu has now become a contested state for the proponents of Hindutva ideology, despite Hinduism having a distinctive Tamil identity in the state. A notable cause of this is the political vacuum currently experienced in the state following the death of the former Chief Minister, J. Jayalalithaa in December 2016, which has paved the way for exponents of Hindutva to aggressively prospect for in-roads to establish a stronghold in the south.

CSW’s Chief Executive Mervyn Thomas said: “It is distressing to hear that the liberty of churches to carry out social programmes is being restricted with impunity by radical elements. Even more poignant is the psychological impact such deliberate targeting could have on vulnerable members of society. The child’s right to participate in the religious community life with the consent of parents must be respected by everyone. India ratified the UN Convention on the Rights of the Child (CRC) in 1992, thereby expressing its commitment to protect the rights of all its citizens, including children. CSW urges the government to ensure that there is a safe environment for children and the freedom of religion or belief”.