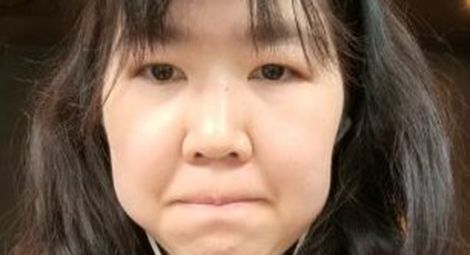 ‘We will continue to concern ourselves with all the sufferings and injustices, until the day that constitutionalism, rule of law, human rights and democracy come to China.’ These words are from a New Year’s Day statement made by the China Human Rights Lawyers Group.

Under President Xi Jinping, the situation for human rights, including the right to freedom of religion or belief, has deteriorated rapidly and significantly. The Chinese Communist Party’s crackdown on human rights has been widely reported, including the government’s policies in Tibet, Hong Kong and the Uyghur region, as well as towards religious groups and human rights defenders across the country. Find out more at csw.org.uk/china

Pray for the release of Pastor Wang Yi, the lead pastor of Early Rain Church, who is serving a nine-year prison sentence. He was charged with ‘inciting to subvert state power’ and ‘illegal business operations’. In reality, all he did was speak out against the government’s treatment of unregistered churches.

Today the Catholic Church marks the World Day of Prayer for the Church in China. Pray for strength and comfort for all church leaders who are currently detained, and for Christian publishers and booksellers imprisoned for their work.

On 28 December, Christian human rights activist Zhang Zhan was sentenced to four years in prison for ‘picking quarrels and provoking trouble’. In February 2020 she’d travelled to Wuhan, the epicentre of the COVID-19 outbreak, to find out whether the severity of the situation had been covered up. Pray for her immediate release.

Pray today for human rights lawyer Gao Zhisheng, and for his family. He disappeared in August 2017 and his whereabouts have been unknown ever since. His sister, who had been traumatised by this and prior experiences at the hands of the government, tragically took her own life in May 2020.

‘The fear of the Lord – that is wisdom, and to shun evil is understanding.’ (Job 28:28) Pray this verse over policymakers in China today.

Thank God that the Uyghur crisis has received greater attention internationally. Between one and three million Uyghurs, and members of other predominantly Muslim ethnic minority communities, have been arbitrarily detained in ‘re-education’ camps. Pray that international pressure on China would increase and that the government would be forced to end this horrific repression.

Merciful God, you set prisoners free, you offer comfort to the lonely and bring darkness to light. Release all those unjustly held in China’s prisons and camps. Comfort all who do not know where their loved ones are. Let your truth and justice shine brightly in China, today and always. Amen.