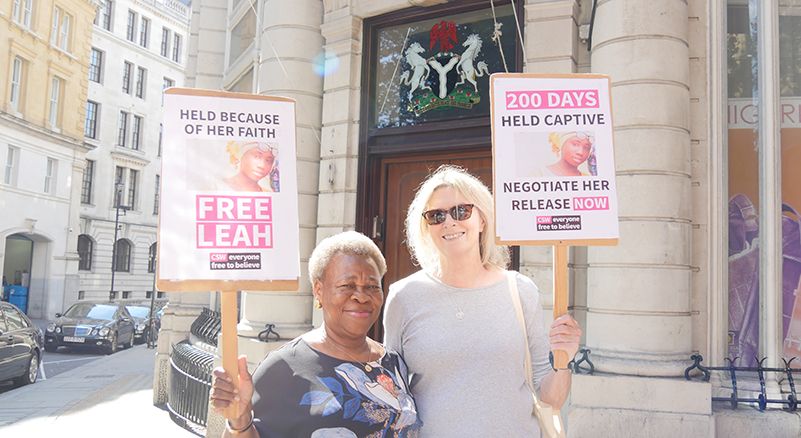 Leah refused to renounce her faith. She paid the price with her freedom.

She was one of 110 girls abducted from their school in Dapchi, Nigeria by Boko Haram in February 2018. The next month, following negotiations by the government, the girls were put into vehicles to go home.

However, Leah wasn’t among them. In a moment of extraordinary courage, she refused to convert in exchange for her freedom.

Leah is still, after five months in captivity, refusing to renounce her faith.

200 Hours for 200 Days was a prophetic protest, inspired by Leah’s perseverance. We want to bring home to people just how long Leah has been held captive. And urge the Nigerian government to negotiate her release, as they did for the rest of her classmates. 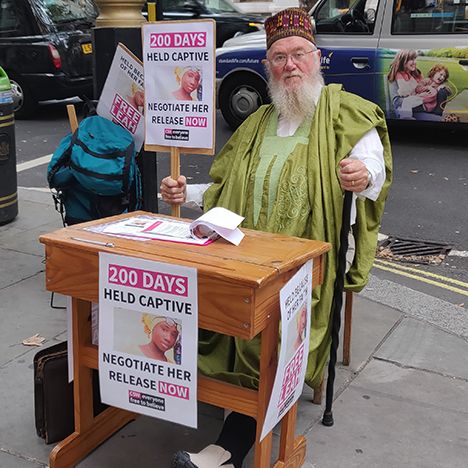 Between 9am on 4 September and 5pm on 12 September, we stood at this solitary school desk in front of the Nigerian High Commission in London. Leah should be with her classmates right now, but instead she was snatched from her school and is being denied her faith and her future. 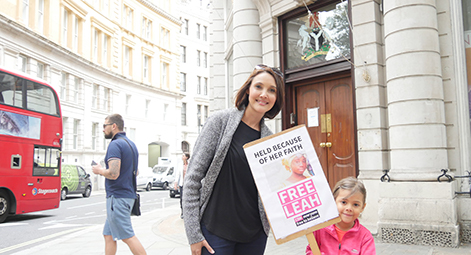 Stand in prayer. Stand in protest. Stand in silent meditation. Stand and shout for justice for Leah. Share your stand and help raise voices to speak out for Leah.

Outside the Nigerian High Commission launching the #freeleah campaign. Leah, who is still held captive by Boko Haram, because she refused to recant her Christian faith, has been held for 198 days. pic.twitter.com/3b4KvKksql

Leah Sharibu is just 15, she’s been a prisoner of Boko Haram for six months: all because she refuses to convert in exchange for her freedom.

We're standing outside the Nigerian Embassy in London for 200 hours to mark her 200 days in captivity. #FreeLeah #DapchiGirls pic.twitter.com/W2rlyGOVX8

Each hour from 9am-4pm, someone new will take over this school desk. Here’s Victoria at 5pm, Sept 5

Photos From the Free Leah Sharibu Protest in Front of Nigeria’s High Commission in London. Today marks 200 days that Leah has been held by Boko Haram for refusing to convert to Islam @CSW_UK #BringBackOurLeah pic.twitter.com/7SSq8dZ0pl

Graham Weeks left Nigeria 36 yrs ago having worked as a missionary in the North. Yestd he was at the Nigeria High Commission in London to take part in the 200-hour vigil campaign for release of Leah Sharibu after 200 days in Boko Haram captivity, dressed as a Nigerian,#FreeLeah pic.twitter.com/Bq7PmxdST5