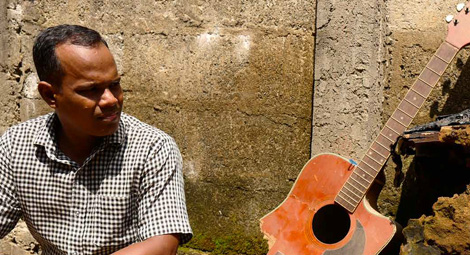 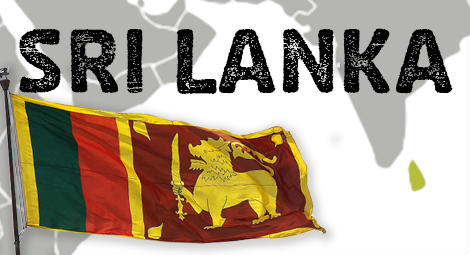 In March this year, in a village in the deep south of Sri Lanka where Christians and Buddhists lived peacefully together for years, a new extremist group suddenly turned up and held a public meeting.

The Bodu Bala Sena (BBS), or Buddhist Force, had taken Sri Lanka by storm since their sudden emergence in July 2012, and their influence was growing across large swathes of the country. The BBS announced they wanted to discuss Christians, and they knew the local pastor was in the crowd. They demanded that his church, the only one in the village, must be closed down within three days. The church building was also his home.

That evening, the police sent an officer to warn him that an attack on the church was imminent. He said any possible attack would be like a tsunami – a powerful analogy in this part of Sri Lanka, which remembers the utter devastation unleashed on Boxing Day 2004 – and police would be unable to intervene. His advice was to leave.

The pastor and his family did not leave, and on the third day, they steadied themselves for a possible attack on their home. A police officer came to tell him that a monk was at the police station, making a complaint that they were holding a service – something which is perfectly legal. The police officer, watched by villagers, warned again that he could not protect the Christians.

'CHRISTIANS SHOULD STOP MEETING TOGETHER IN ANY WAY'

There was no attack this time. But a more senior police officer arrived soon afterwards, and said the Christians should stop meeting together in any way. The pastor stood his ground and said the police officer could not act this way without proper documentation. The pastor was summoned to the local police station, where the officer-in-charge pressed him for a statement that he would stop all services, as the BBS had demanded. The pastor saw a document on the table in front of him, which said that religious tensions had risen due to "unethical conversions", a charge often levelled against evangelical churches. He maintained he was not involved in any "unethical conversions", but agreed under the circumstances to cease his church services temporarily.

An uneasy peace followed, with a police officer stationed outside the pastor's house. He was ostensibly there to protect the pastor, but also questioned him regularly.

This was the first time there had been any religious tensions in the village since 2005, a time of widespread violence against evangelical Christians. But this time the tensions manifested themselves differently, with BBS involvement provoking the police to pressurise a church into submission – despite the church members doing nothing illegal.

64 INCIDENTS OF VIOLENCE DOCUMENTED IN 2013

Elsewhere in the country, there have been attacks. At least 64 incidents of violence were documented in the first nine months of 2013, and the sharp rise in violence continues. Churches have also been closed or threatened with closure, under a presidential circular which gives officials a mandate to shut them down arbitrarily.

Muslims have also been targeted viciously. Mosques and Muslim businesses have been attacked by mobs in the heart of Colombo, and the BBS carried out a major campaign against labelling of halal products, which forced an awkward compromise from the Jamiat-e-Ulema, an influential Muslim group.

Attacks on Muslims and Christians, accompanied by tightening administrative restrictions and a shrinking space for these minorities to practice their religion freely, are a manifestation of the Sinhalese Buddhist nationalism which has been running high since government forces defeated the Liberation Tigers of Tamil Eelam (LTTE) to bring an end to the 26-year civil war in 2009.

Ethnicity and religion are closely linked in Sri Lanka, with the Sinhalese majority predominantly Buddhist, the Tamils mostly Hindu, and Muslims regarded as a separate ethnic group. Many of the attacks have been linked to the BBS, who are calling for action to enforce the predominance of Buddhism on the island. The BBS enjoys a close relationship with the Presidential clique, and has seemingly been immune from prosecution.

As Colombo plays host this week to the Commonwealth Heads of Government Meeting (CHOGM), CSW has urged Commonwealth leaders to raise concerns with the Sri Lankan government about the deterioration of religious freedom. A wide range of pressing human rights issues will be on the agenda – not least the proper investigation of alleged war crimes, resolving hundreds of disappearances, and addressing the climate of fear and repression in which human rights defenders operate.

But if Sri Lanka is to make progress on national reconciliation which embraces pluralism, the violence and administrative squeeze against Christians and Muslims cannot be allowed to continue. The government of Sri Lanka should be urged to bring perpetrators of violence to justice and ensure public officials act in a fair and just manner in order to safeguard both the ethnic and religious pluralism of Sri Lanka.