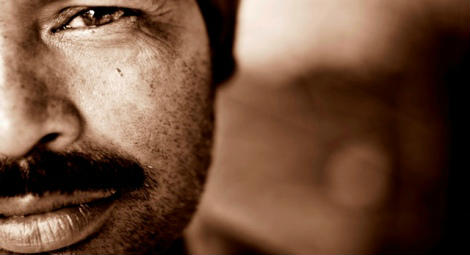 Communalism in an election year

As India approaches a general election, there is a significant level of trepidation among many, including religious minorities, about what the future might bring in terms of rising communalism and threats to
freedom of religion or belief (FORB).

Current concerns around communalism, on which this briefing is focused, came to the fore again in September 2013 with an outbreak of violence
targeting the Muslim community in Muzaffarnagar, Uttar Pradesh. The term ‘communalism’ connotes a mindset which construes relations between religious communities according to a zero-sum mentality and perceives conflict between them to be inevitable.

The most significant threat to pluralism in India derives from the extreme Hindu nationalist ideology known as Hindutva. Influential groups espousing Hindutva, known collectively as the Sangh Parivar, have propagated particular narratives which denigrate religious minorities, throwing into doubt their loyalty to the nation and status as true Indian citizens, and justifying violence and discrimination against them. Communalism is propagated variously through education, the media, and, crucially for 2014, electioneering.

The most visible outworking of communalism is the violence which it engenders against religious minorities. Communal violence often has a long genesis and significant after-effects. In spite of largely robust legislation, impunity is a recurrent factor in communal violence, often reflecting a level of complicity from the administration and deep systemic problems with the Indian Police Service. The lack of punishment provides no disincentive to he continuation of violence.

The impact of communalism continues to be seen in many parts of the country. This briefing highlights three geographical areas. In Kandhamal District, Odisha State, the fifth anniversary of traumatic anti-Christian violence in 2008 shows serious concerns still remain around community relations, the delivery of justice, and the rehabilitation of victims. Karnataka State has seen a serious pattern of communalisation in recent years, and religious minorities continue to be targeted for violence and disinformation. Impunity is the norm. Among the adivasi (tribal) populations in southern Rajasthan State (as in Kandhamal in the years before 2008), Sangh Parivar groups have been particularly active in stoking communal tensions and targeting Christians in small-scale attacks. Vigilance is required to avert more serious outbreaks of violence in future.

Human rights defenders are an essential bulwark against violations of human rights, but many have experienced worsening harassment and intimidation. The way in which the Foreign Contribution (Regulation) Act of 2010 has been used to regulate and intimidate NGOs carrying out advocacy activities is a particular concern.

Various forms of legislation also play a role in underpinning communal tension and violence, and discrimination against minorities. Although India
boasts an excellent constitution and a strong body of legislation providing for the right to FORB, there are some serious exceptions. Freedom of Religion Acts in several states violate key aspects of the right to FORB and contribute towards stigmatising religious minorities. Statutory discrimination against Dalits who are not Hindu, Buddhist, or Sikh compels many to conceal their religious convictions, while non-Hindu adivasis are increasingly denied their statutory rights by local officials. Blasphemy legislation subordinates freedom of expression to an imperative not to offend religious sentiments, and provides fertile ground to extremist groups.

However, the present government has also proposed two forms of legislation which, if enacted, could address key lacunae in the enjoyment of FORB across the country. Moves towards establishing an Equal Opportunity Commission and introducing a Prevention of Communal and Targeted Violence Bill both appear to have faltered, although the
government should be encouraged to see them through.