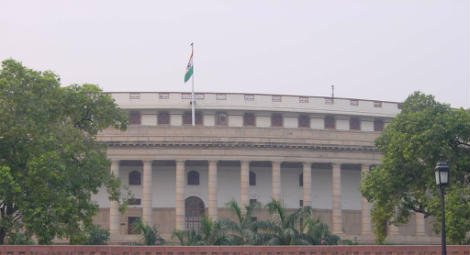 Christian Solidarity Worldwide (CSW) urges the incoming Indian government to adopt measures to ensure the promotion of Freedom of Religion or Belief for India's diverse communities.

The Bharatiya Janata Party (BJP) claimed a decisive victory in the recent Indian general election, securing more than 50% of seats in the Lok Sabha (lower house of parliament). The swearing-in ceremony for incoming Prime Minister Narendra Modi is on 26 May. The BJP has close ties to the Rashtriya Swayamsevak Sangh (RSS), a Hindu nationalist group which construes India as a Hindu nation in which the minority Christians and Muslims are considered outsiders who threaten national integrity.

As Chief Minister of Gujarat State since October 2001, Modi has been praised for economic growth in the state. However, following the Gujarat communal violence of 2002, in which over 2,000 people, mostly Muslims died, there were strong and credible allegations of state complicity at highest level, with Chief Minister Narendra Modi widely accused of directing police not to obstruct attacks on Muslims.

During the election campaign, the BJP manifesto acknowledged India’s diversity and promised to work towards making the aspirations of the Indian people a reality. The manifesto promises to “facilitate the setting up of a permanent Inter-faith Consultative mechanism to promote harmony and trust, under the auspices of religious leaders.” The party also vows to maintain heritage sites and preserve the culture of minorities.

Despite these pledges, it remains to be seen to what extent Modi’s administration will address human rights issues, particularly the rights of religious minorities. The All India Christian Council has noted that “early pronouncements by Modi associates in the party and the Sangh have provided little reassurance that security and freedom for Christians and other minorities would be high on the list of priorities for the new administration”.

CSW’s Chief Executive Mervyn Thomas said, “We urge the incoming Indian administration to actively promote and defend the right to freedom of religion or belief for India’s diverse communities. We continue to advocate for the implementation of the recommendations made in the 2008 report of the former UN Special Rapporteur on Freedom of Religion or Belief, including the need for the authorities to take quick and effective measures to protect members of religious minorities from any attacks and to step up efforts to prevent communal violence.  Efforts to work towards the introduction of a comprehensive framework to deal adequately with the consequences of communal and targeted violence should continue. We also continue to call for the establishment of an effective framework for the protection of human rights defenders across the country.”

1. The term ‘communalism’ connotes a mindset which construes relations between religious communities according to a zero-sum mentality and perceives conflict between them to be inevitable. The term ‘communalism’ bears a particular meaning in India which approximates to ‘sectarianism’ in some other contexts. The most visible outworking of communalism is the violence which it engenders against religious minorities. Communal violence often has a long genesis and significant after-effects.

3. Click here to read the 2008 report of the Special Rapporteur on Freedom of Religion or Belief, Asma Jahangir: Mission to India.