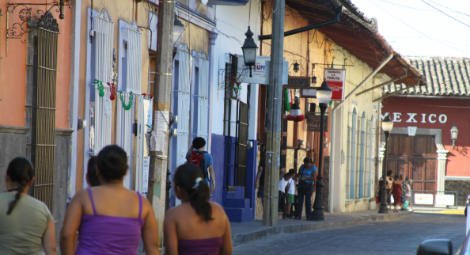 Local authorities in the village of Union Juarez, in the municipality of La Trinitaria, Mexico, met yesterday in a move to cut the water supply to additional families belonging to the Mount Tabor Evangelical Church, because of the Protestants continued refusal to participate actively in Catholic ceremonies.

The traditionalist Catholic village authorities cut the water and electricity supply to 25 Protestant families in February and arbitrarily detained one member of the community who attempted to reconnect his water supply. A total of 27 families are now without water and electricity as the village authorities seek to increase pressure on the Protestants.

Local human rights activists are concerned that religious intolerance in the village is escalating as government officials fail to intervene.

Meanwhile, on 26 April, young people who are members of a group of forcibly displaced Catholics and Baptists carried out a pilgrimage in order to draw attention to continuing threats and religious intolerance by majority Presbyterians towards Catholics and Baptists in the village of Puebla, in the state of Chiapas.

More than 200 people attended a mass in the municipal capital, Chenalho, to celebrate the end of the pilgrimage from the community of Tsabalho to Chenalho. Representatives from Christian Solidarity Worldwide (CSW) attended the religious service, which was presided over by Father Manuel Perez Gomez, who was arbitrarily detained for five hours and beaten by Presbyterian youths last August. In the aftermath of the incident, 15 Catholic and two Baptist families were forcibly displaced.

The group returned to their homes in Puebla on 14 April out of necessity. Their representatives told CSW that they received no support from the government during their displacement: “We did not have enough to eat and decided to return so that we could work on our fields, even though we had no guarantees for our safety.”

They also told CSW that the government had failed to take action to punish those responsible for criminal acts targeting non-Presbyterians, including the beating of Father Perez Gomez. They expressed concern that disinformation, accusing the Catholics and Baptists of poisoning the village water supply, continued to circulate unchallenged by government officials and that acts of intimidation continue.

One member of the community told CSW: “When I went into my house, I found a rotting dead cat filled with worms on the bed. I asked myself, ‘What are they trying to tell me?’ I shut the door and went to find my things. I was very afraid. I considered returning to Acteal, I felt threatened; before they had told us that they were going to burn down the house.”

CSW’s Chief Operating Officer Andy Dipper said, “We call on the Mexican federal government as well as the state government of Chiapas to urgently intervene in these two cases and to uphold religious freedom, as guaranteed in the Mexican constitution, for all of its citizens. The cycle of impunity and ongoing religious intolerance must not be permitted to continue – those responsible for criminal acts including physical violence, destruction of property and the arbitrary deprivation of basic services including water and electricity must be held to account. We stand in solidarity with the young people of Puebla and in agreement with their demand for justice.”