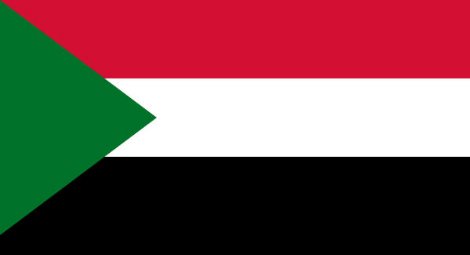 Meriam Yahia Ibrahim, a Christian mother in late term pregnancy, was sentenced to death for apostasy and 100 lashes for adultery by the Public Order Court in El Haj Yousif Khartoum, Sudan on 11 May. The court informed Mrs Ibrahim she had until 15 May to convert to Islam, implying that her sentence could be annulled or reduced if she did so.

Mrs Ibrahim was arrested on 17 February 2014, after Sudanese authorities were made aware of her marriage to a Christian man, and is currently detained in Omdurman Federal Women's Prison along with her 20-month-old son, Martin Wani. Mrs Ibrahim was charged with adultery under article 146 and ‘apostasy’ (leaving Islam) under article 126 of the Penal Code.

Mrs Ibrahim was born in Western Sudan to a Sudanese Muslim father and an Ethiopian Orthodox mother. Her father left the family when she was six years old and she was subsequently brought up as a Christian by her mother. Under Shari’a law in Sudan, Muslim women cannot marry non-Muslim men. Moreover, since Mrs Ibrahim’s father was a Muslim, she is considered to be a Muslim, rendering her marriage to Daniel Wani invalid.

Mrs Ibrahim testified before the court on 4 March that she is a Christian, showing her marriage certificate, where she is classified as Christian, as proof of her religion. Three potential witnesses from western Sudan who went to the hearing to testify of Mrs Ibrahim’s lifelong adherence to Christianity were prevented from giving evidence. Mr Wani reports that since their incarceration a guard named Kawther Hassen has not allowed his wife and son to receive visits, including from him, or to access medical assistance. Mr Wani also reports that his wife has been visited by Muslim scholars who have been pressuring her to ‘return’ to the religion of her father.

Mrs Ibrahim’s sentence is the latest and most significant in a series of repressive acts by the Sudanese government against religious minorities. If the sentence is carried out Mrs Ibrahim will become the first person to be executed for apostasy under the 1991 penal code, prompting concerns that the charge may increasingly be used against anyone who converts from Islam.

The sentence comes months after the chairman of the Islamic Centre for Preaching and Comparative Studies, Ammar Saleh, accused the government of negligence in addressing apostasy and urged it to “stand against Christianisation and come up with a long term solution to the problem.” Although President al Bashir has repeatedly stated that Sudan’s new constitution would be “100% Islamic” and wholly based on Shari’a law, the new constitution has yet to be finalised, leaving the interim constitution in place, which references Shari’a as a source of law and not as the basis of the constitution. Since the charges against Mrs Ibrahim are based on Shari’a law, the interim constitution still provides for her right to freedom of religion or belief.

Since December 2012, Christian Solidarity Worldwide (CSW) has noted an increase in detentions, interrogation and deportations of Christians, as well as the confiscation and destruction of churches and church property. There have also been targeted attacks on non-Muslim communities in South Kordofan since 2011. On 1 and 2 May, in an act condemned by the European Union as a war crime, the Sudanese Army Forces (SAF) bombed the Mother of Mercy Hospital,  which is  run by the Catholic Church and is the only functioning hospital providing humanitarian assistance to civilians in the Nuba Mountains. The Nuba are known to be one of the most tribally, religiously and linguistically diverse people of Sudan.

CSW’s Chief Operating Officer Andy Dipper said, “The sentence handed down to Mrs Ibrahim is inhumane, unwarranted and unacceptable. CSW calls for its annulment and for the immediate release from prison of Mrs Ibrahim and her son, who is being held in violation of article 37 of the Convention on the Rights of the Child, a statute that is binding on all member states of the United Nations. As a Sudanese citizen Mrs Ibrahim is entitled to freedom of religion of belief under the interim constitution and under international conventions to which Sudan is party. Furthermore, we urge the Sudanese Government to address the high degree of societal hostility towards Sudan’s religious minorities, including derogatory statements that may incite hatred, such as the statement by the Chairman of the Islamic Centre for Preaching and Comparative Studies. Finally we call on the Government of Sudan to end its campaign of indiscriminate aerial bombardments of civilian structures in the Nuba Mountains.”