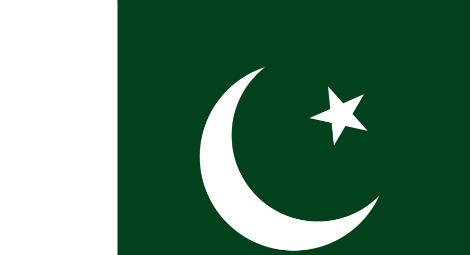 Christian Solidarity Worldwide welcomes the judgment of the Apex Court in Pakistan, handed down on 19 June, which has ruled in favour of protecting the freedom of Pakistans religious minorities.

The judgment acknowledged that the Supreme Court “is mandated to protect and defend the Constitution which embodies the fundamental rights of its citizens.” In his deliberations, Chief Justice Tassaduq Hussain Jilani reiterated the highest law of the land and ruled that the government must uphold the law.

His lordship noted that there were mandatory safeguards within the Constitution to ensure that all religious groups were afforded protection and freedom to practice their religion. However, the court acknowledged that despite the religious freedom and protections afforded by the Constitution, religious minorities were subject to religious intolerance such as hate speech, in addition to desecration and terrorism at minority places of worship. The court asserted that this was due to ineffective implementation of textual state guarantees to deal with religious intolerance and afford minority protection.

The court directed the federal government to establish a taskforce that will develop strategies to tackle religious intolerance and ordered the government to ensure that hate speech in social media is addressed. The court further directed for the development of an appropriate school and college curricula that is unbiased, the formation of a Minority Rights Council, a special police force trained to protect places of worship for minorities, the registering of criminal cases against desecrators of places of worship, and for the 5% employment quota for non-Muslim minorities to be enforced in all sectors administratively controlled by the federal government.

The judgment is a sua moto action initiated by his lordship in response to the 22 September 2013 Peshawar Church suicide bombing as well as threats given to Kalash and Ismaili tribes in the northern valley of Chitral, Khyber Pakhtunkhwa. Additional reasoning comes from multiple issues brought before the court, including lack of progress in forced conversion cases for Hindus, the continued wait for promised federal compensation for victims of the Peshawar church bombing, the desecration of Hindu temples and non-registration of Hindu and Christian marriages.

While the plight of Ismaili Muslims (a Shi’a sect) is highlighted, the suffering of Ahmadi and Shi’a Muslim communities is given only a cursory mention. The document highlights the commitments of Article 18 of the Universal Declaration on Human Rights (UDHR), guaranteeing freedom of religion, and notes that non-Muslims also have the right to propagate their religion but that this should not “be seen as a right to encourage conversions but more importantly, should be seen as a right against forced conversions.”

CSW’s Chief Executive Mervyn Thomas said, “This judgment is a constructive development which, if implemented effectively, could have a very positive impact on the ground. We urge the government of Pakistan to implement the directives in full and to work towards the realization of the original values of Pakistan’s founder for a pluralistic state which protects and includes minorities.”