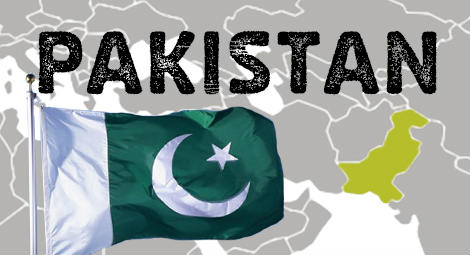 CSW joins human rights groups in Pakistan in calling for the an impartial inquiry into the lynching of Christian couple Shehzad Masih and Shama Bibi on 4 November. They are also calling for those responsible to be held to account, in order to end the impunity surrounding violence against religious minorities.

On 4 November, Shehzad Masih and pregnant mother Shama Bibi were lynched and burned to death in a brick kiln in the village of Kot Radha Kishan, close to the industrial city of Kasur in Punjab province. The couple was killed by a crowd incited to violence by a false rumour that they had committed blasphemy by burning pages of the Qur’an.

Police have arrested over 50 people in connection with the murders but no charges have been brought. Suspects who have been arrested for similar violent crimes against religious minorities are often released without charge.

In a statement, Michelle Chaudhry, President of the Cecil & Iris Chaudhry Foundation (CICF), a CSW partner organisation, demanded an impartial inquiry into why a police officer at the scene did not take appropriate measures to prevent ongoing violence. “The widespread misuse of the Blasphemy Laws has become a matter of paramount concern; which more than often results in incitement to murder, which contravenes the Laws of Pakistan and is a punishable offence,” she added.

A Supreme Court judgment on minority rights on 19 June was initiated in response to the 22 September 2013 Peshawar Church suicide bombing and threats given to Kalash and Ismaili tribes in Khyber Pakhtunkhwa. It acknowledged that despite the Constitutional guarantees for religious freedom, minorities in Pakistan are subject to religious intolerance such as hate speech, in addition to desecration and terrorism at minority places of worship. The court asserted that this was due to ineffective implementation of the guarantees to deal with religious intolerance, with insufficient protection afforded to religious minorities.

CSW’s Chief Operating Officer Andy Dipper said, “We echo the calls of human rights organisations in Pakistan for an inquiry into the circumstances surrounding the killing of Shehzad and Shama Masih. In order for the cycle of impunity that fosters mob violence against minorities to end, those responsible for this crime must be held to account. We also urge the Pakistani government to implement the recent Supreme Court judgment, which provided guidelines for promoting religious tolerance and protecting religious minorities in Pakistan and their right to freedom of religion or belief, which is guaranteed in the constitution but is compromised by a lack of implementation and weak rule of law.”