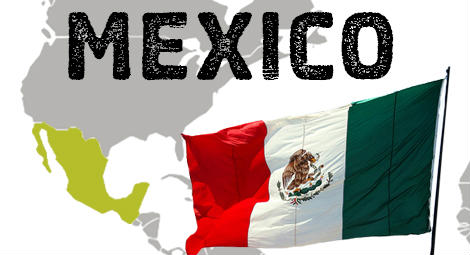 CSW joins Impulso 18, Open Doors-Mexico and Voice of the Martyrs-Mexico in calling on the international community to hold Mexico to account on religious freedom issues.

The joint call follows last week’s national conference on freedom of religion and belief in Mexico City, which included testimony from victims of religious freedom violations and contributions from experts on the topic.

The conference coincided with a peaceful protest by communities who have been forcibly displaced because of their religious beliefs, and which began on 31 October in front of the government palace in Tuxtla Gutierrez, the capital of the state of Chiapas. The protesters, including children and the elderly, are calling on the state government to address their cases as a matter of urgency. At least one of the affected communities has been displaced for more than five years.

Representatives from the protesting communities participated in the conference in Mexico City, organized by Mexican religious freedom organisation Impulso 18 and CSW. Fidel Lopez Hernandez of the Buenavista Bahuitz community, a group of 44 men, women and children who has been displaced since 23 July 2012, told those present at the conference that the government had shown little interest in resolving the case. No one from the town has been held to account for the arbitrary detention, physical violence and sexual assault which accompanied the forced expulsion of the Protestants.

Luis Herrera, Director of Voice of the Martyrs-Mexico, said, “Because of the way in which the different states in Mexico deal with cases of religious intolerance, we call on the different levels of government to pay special attention to find an immediate solution to these religious conflicts, especially considering the length of time some of these cases have gone on. This includes the State of Chiapas, which leads in terms of numbers of cases due to a reluctance to make significant decisions to tackle the root of the problem. We call on the government to develop the appropriate policies and to appoint capable civil servants, who will promote a message of tolerance in all communities for a healthy co-existence.”

Humberto Bayon, Director of Open Doors-Mexico said, “As coordinator of Open Doors in Mexico, the conference to which our entire team and representatives were kindly invited opened to us up a wider perspective on the issue of religious intolerance. While our organisation focuses mainly on our 'family of faith' (Galatians 6:10), it was refreshing to learn from the speakers and academics that one should not be tolerant of intolerance. For our team, learning how to use the mechanisms for appeal in international institutions like the United Nations and the European Union was the most worthwhile of that which we received during these days together.”

Dr Jorge Lee Galindo, President of Impulso 18, said, “Systematic religious freedom violations at all levels have been endemic in Mexico for centuries. Some of the most egregious are the forced expulsions of members of minority faiths, often accompanied by violence and the violation of other rights, including access to water and to an education, which occur mostly in the states of Chiapas, Guerrero, Hidalgo, Oaxaca and Puebla. Rather than seeking to uphold the constitutional rights of these citizens, the government has tended to pursue extra-legal agreements that often result in the continued violations of the right to freedom of religion or belief. There is little political will in Mexico, on the state or federal levels, to properly address and resolve these cases; therefore we believe that international pressure and focused attention on the issue is key.”

CSW’s Chief Executive Mervyn Thomas said, “It is unacceptable that in a modern and diverse democracy like Mexico these types of serious religious freedom violations continue to take place on a regular basis, affecting thousands of men, women and children, with no adequate response from the Mexican government at any level. We call on members of the international community, including the European Union and the United States, to actively monitor the religious freedom situation in Mexico and to hold the government to account under its obligations in the treaties to which it is party, including the International Covenant on Civil and Political Rights and the International Covenant on Cultural, Social and Economic Rights - as a matter of urgency. Communities like that of Buenavista Bahuitz cannot afford to wait any longer for their rights to be upheld.”

The Law of Uses and Customs, which is in effect in many parts of the states of Chiapas, Oaxaca, Hidalgo, Puebla and Guerrero, gives significant autonomy to indigenous communities. It is meant to be exercised in line with the fundamental human rights protections in the Mexican Constitution and international treaties to which Mexico is party; however, this is rarely enforced. Local leaders frequently try to enforce community uniformity in terms of religious practice and belief, compelling members of the community to participate in the religious activities of the majority or face punishment. Violations range in severity, but in the absence of government intervention, and because of a failure to hold the perpetrators to account, they all too often escalate to the point of destruction of property, arbitrary detention, forced displacement and violence.

For more information see CSW’s report on Freedom of Religion or Belief in Mexico.