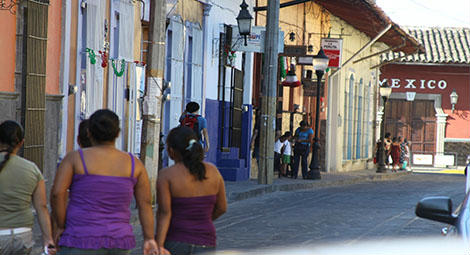 Two men in Hidalgo State, Mexico were arbitrarily imprisoned and then expelled from their community, along with their families, after refusing to renounce their religious beliefs on 12 March.

According to Pastor Marcopolo Valdéz Guzmán, president of the Pastors’ Alliance for the Sierra and Huasteca, the region in which the religious freedom violations took place, the efforts to expel the men were led by local leaders, including the village delegate, Jesús Domínguez Hernández. A campaign targeting the Protestant minority began in April 2014 when the village authorities attempted to force them to sign a document prohibiting them from belonging to any non-Roman Catholic religion. The Protestants refused to do so, but the village leaders signed the document, which they claimed was binding on the community.

On 12 March, Casto Hernández Hernández received a summons while at work to appear at special meeting of the village council to discuss community concerns. When he presented himself at the meeting, he was informed of complaints that he had been hosting non-Roman Catholic religious meetings in his home. The local authorities produced a document that stated that he renounced all his rights as a member of the community and that he was surrendering all of his property to the community, including his land and house. When Casto Hernández Hernández refused to sign, they imprisoned him and his cousin, who had accompanied him to the meeting. According to Pastor Valdéz Guzmán, the two men were held in unhygienic conditions in a cell with no bathroom. Casto Hernández Hernández was removed from the cell twice during the 30 hour period to try to force him to sign the document.

The men were released just after midnight on 21 March but told they had 18 hours to leave the community. They are now displaced and have received temporary shelter in the city of Huejutla de Reyes, with members of Pastor Valdéz Guzmán’s congregation. Pastor Valdéz Guzmán has also headed up community efforts to supply the family with basic necessities as, according to him, they were able to bring very few belongings with them.

Religious freedom violations are common in the state of Hidalgo, where local leaders often attempt to force conformity to the majority religion. State officials tasked with upholding the law, including human rights protections enshrined in the Mexican constitution, rarely intervene to protect religious freedom.

Mervyn Thomas, Chief Executive of Christian Solidarity Worldwide (CSW), said, “We were disturbed to hear of the unlawful imprisonment and forced expulsion of these two men and their families simply because of their religious beliefs. However, it is even more disturbing to know that those responsible for these illegal acts remain in a position of authority and have seen no legal consequences for their actions. While we welcome the efforts of local churches in Huejutla to support the families, it is the responsibility of the State government, which appears to have absented itself, to help the victims both in terms of material support and in seeking justice for the crimes that have been committed against them by local authorities. We call on Hidalgo State Governor Francisco Olvera Ruz to take swift action in this case to ensure that the families can return to their homes, practice their faith in peace and that those responsible for their illegal imprisonment, the arbitrary confiscation of their property and their forced expulsion are held to account.”