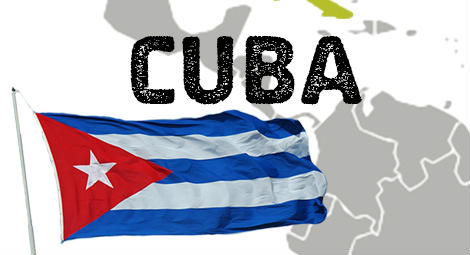 Registered and unregistered Protestant denominations in eastern Cuba have reported an intensification of government pressure on their organisations in recent weeks, including threats to confiscate or destroy church property and to deport non-Cuban residents because of their religious beliefs.

Reverend Amado Ramírez, pastor of the Maranatha First Baptist Church in the city of Holguin, told Christian Solidarity Worldwide (CSW) that the authorities have informed the church leadership that the historic property will be confiscated and the church forced to pay rent to the government. The church, which is one of the largest in the city with hundreds of members attending each week, sits on a property which has belonged to Eastern Baptist Convention since 1947. The building was built in 1992 with legal permits allowing for its construction in 1992.

Reverend Ramírez stated that until now the church has never been cited or fined by the government for any infraction. Because of overcrowding, church leadership had sought permission to expand the building but had received no response from the government. However, the pastor was recently summoned by local Communist party officials who gave him the "...sad, unjust and arbitrary news handed down from the highest authorities of our government and the Party who have decided to confiscate our temple, not to give us the deed or to issue an order for reconstruction, but in order that we would pay the government for some undefined reason, rent to use what is already ours since this temple was built on what has been our property originally through the American Baptist Home Mission Society since 1947, far earlier than the triumph of the Revolution. We believe that this move is not only unjust and arbitrary but it violates the most basic principles of religious freedom which is protected in our Republic's Constitution."

Other churches in eastern Cuba have also reported threats of confiscation or destruction of property. Reverend Fausto Polemo of the Assemblies of God denomination, which is registered and recognised in Cuba, was informed by local authorities that his church in the city of Santiago de Cuba would be confiscated and demolished and that he was prohibited from holding any more services. Similarly, Pastors Osmel and Madeleine de Calderón were told that their church in Loma Blanca, Upper Mayarí, Santiago Province and affiliated with the Apostolic Movement must stop holding services. Members of their church have also been approached by government officials and warned to stop attending the church and to distance themselves from the couple. The government has refused to register the Apostolic Movement and considers it to be illegal. In addition, Pastor Ernesto Duran, who Reverend Toledano said is a young and dynamic Apostolic Movement leader in Santiago, was summoned to appear at the State Security offices in Santiago on 7 May.

Leaders and members of churches linked to the Apostolic Movement in the city of Santiago also reported increasing pressure from government authorities. Reverend Alain Toledano, one of the key Apostolic Movement leaders in Santiago, told CSW that two university students from Angola face deportation because they have been attending a church affiliated with the Apostolic Movement in Santiago. In mid-April, Iveth Pedrina Luisa Paixão and Tito Capungo were informed by Cuban immigration authorities that they were expelled from the Frank País García University for Pedagogical Sciences and will be deported.

CSW’s Chief Operating Officer Andy Dipper said, “We are extremely concerned at the sudden rise in serious violations of religious freedom targeting both registered and unregistered churches in eastern Cuba. Unfortunately, this seems to be a clear indication that the Cuban government has no intention of loosening its restrictions on religious groups despite hopes raised by the recent dialogues between Cuba, the US and the EU, as well as the expected visit of Pope Francis to the island later this year. We echo Reverend Toledano and Reverend Ramírez’s calls to the Cuban government to respect the freedom of religion or belief of all Cubans and non-Cuban residents and urge the international community to hold the Cuban government to account for its ongoing violations of human rights, including religious freedom.”