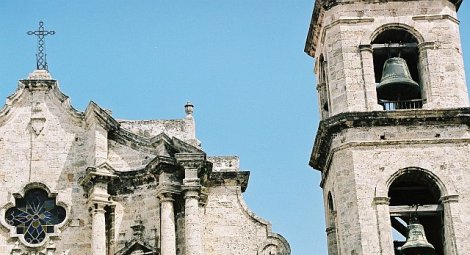 “The case shows another example of state-sponsored intimidation underway in Cuba since at least 2007,” said Jason Poblete, an attorney leading the case with Poblete Tamargo.

“The situation will result in loss of a home and church to Rev. Bravo Denis, his family and to members of the Apostolic movement. Furthermore, it will lead to permanent psychological and physical harm of Apostolic Movement members. The Communist Party officials are not even hiding the fact that they are targeting this group,” Poblete added.

Mervyn Thomas, CEO of CSW said, "We are hopeful that the Inter-American Commission for Human Rights will fully investigate this case and call the Cuban government to account for attempting to arbitrarily evict Rev. Bravo Denis and his family from their home. We hope that this will set a precedent for other cases where the government has illegally targeted the property of religious groups in an effort to punish them or to restrict their growth and impact. We are grateful to Poblete Tamargo for taking on this case and have the utmost admiration for Rev. Bravo Denis who has stepped forward to claim his rights and to publicly expose the actions of the Cuban government.”

The property originally belonged to former prisoner of conscience, Reverend Omar Gude Perez, and his wife Kenia Denis. They legally transferred the ownership to Rev. Bravo Denis, Kenia Denis’ nephew, before accepting asylum and moving to the US in January 2013.

On 18 September 2013, Rev. Bravo Denis was cited to appear at the Ministry of Justice in Camagüey along with Reverend Gude Perez. In a 20-minute court hearing it was decided that despite all the legal, notarised documents proving the legal ownership of the property, Rev. Bravo Denis and his family should be evicted and the government should take over ownership.

The court decision was followed by government-organised 'acts of repudiation' targeting the home of Rev. Bravo Denis and his family. State security agents, police and paramilitaries dressed as civilians surrounded the house for days, shouting insults, throwing rocks, eggs and other hard objects in an attempt to force them out of the house. On the evening of 26 October 2013, Rev. Bravo Denis received a summons to appear at the Ministry of Housing at 9:30 am the following day, a Sunday, outside of normal government working hours. At this meeting, Rev. Bravo Denis was told that he could stay in the property if he agreed to submit all church activities in advance to government officials for approval. He was also asked to pay the government 300CUC (US$300) and to acknowledge that the government was the true owner of the property. Rev. Bravo Denis continued to assert his legal ownership of the property and refused these conditions. Since then, the Cuban government has continued to threaten the family with eviction.

CSW believes the targeting of this property is part of a wider aggressive campaign by the Cuban government to eliminate certain religious groups from the island. In 2010, Caridad Diego, the head of the Office for Religious Affairs for the Central Committee of the Cuban Communist Party was caught on video vowing that the government would target Cuban leaders of new religious groups, like the Apostolic Movement, for eviction from their homes and the confiscation of their places of worship.