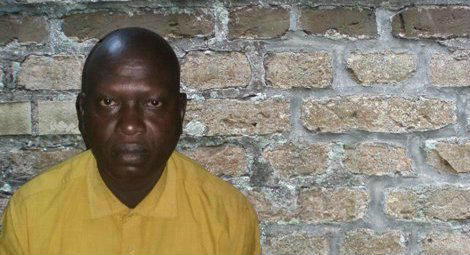 The trial of Rev. Yat Michael and Rev. Peter Reith, the South Sudanese clergymen facing six serious criminal charges, began on 19 May at the Khartoum Bahri Criminal Court in Khartoum.

The clergymen from the South Sudan Evangelical Presbyterian Church (SSEPC), are jointly charged with undermining the constitutional system (Article 50 of the Sudanese Penal Code); waging war against the state (Article 51); disclosure and receipt of official information or documents (Article 55); arousing feelings of discontent among regular forces (Article 62); breach of public peace (Article 69); and offences relating to insulting religious beliefs (Article125). Of the six charges, Articles 50 and 51 carry the death penalty or life imprisonment in the event of a guilty verdict.
At the hearing on the 19 of May, the prosecutor presented his opening statement and the second trial date was set for 31 May, when two prosecution witnesses will give evidence.

Rev. Yat Michael has been in detention since 14 December 2014, while Rev. Peter Reith has been detained since 11 January 2015. The National Intelligence and Security Services (NISS) detained both men  without charges or access to a lawyer or their families until 1 March 2015. The men were then transferred to the custody of the Attorney General, where they  were given access to legal representation and family visits.

Rev. Yat Michael was arrested shortly after making a speech at the Sudan Evangelical Presbyterian Church (SEPC) Khartoum Bahri congregation. The church has been in a land dispute with private investors who are being supported by the government. At the time of his arrest, NISS agents reportedly stated that they were offended by Rev. Michael’s speech encouraging the church to continue standing firm through the trials they were experiencing. At the opening of the trial on 19 May, the prosecutor played a video of Rev. Yat Michael’s speech at the Khartoum Bahri Church, confirming that NISS agents were filming church services during the land dispute.

The Sudanese authorities have also attempted to illegally sell other properties belonging to the SEPC. In December 2014, lawyers lodged a constitutional appeal after the Ministry of Justice issued a one week eviction notice to the church’s tenants. The chairman of the SEPC council responsible for church buildings and land, Rafat Obid, has faced a campaign of harassment by the NISS as a result of his work on the committee.

The severe charges levelled against Rev. Michael and Rev. Reith are the latest development in a series of repressive official actions targeting Christians in Sudan.

CSW’s Chief Executive Mervyn Thomas said, “We remain gravely concerned by the trial of Rev. Michael and Rev. Reith. After enduring an extended period of detention without charge, these men now face extreme and unwarranted charges that could lead to the death penalty or life imprisonment. We are particularly concerned by the revelation that NISS agents have been recording services at the Khartoum Bahri Evangelical Church. Given the context, such action amounts to intimidation and is not conducive to the full enjoyment of freedom of religion or belief. We call upon the authorities to respect the right of religious minorities to freedom of religion or belief, as guaranteed by the Constitution and by international human rights treaties  which the Sudan is a signatory. We also urge the international community, in particular the UN Independent Expert on Sudan, Mr. Aristide Nononsi, who is currently visiting the country, and the delegation of the African Commission on Human and People’s Rights that is due to visit later this month, to raise this case with the relevant Sudanese authorities in order to ensure justice for the two clergymen.”