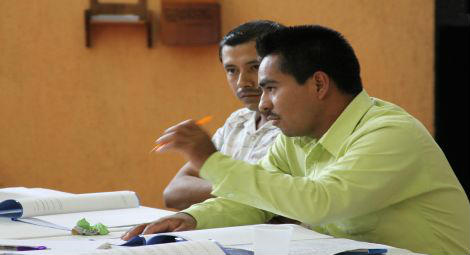 Christian Solidarity Worldwide is calling on the Chiapas State Governor to take urgent action to protect the rights of 30 Protestant families whose land was confiscated by village leaders in Mariano Matamoros, Venustiano Carranza municipality, on 21 June.

The illegal seizure follows public threats to do so by village leaders and the cutting of water and sewage services to the Protestant families’ homes on 14 June. Repeated public and private appeals to the government to implement precautionary measures to protect the Protestant minority in the days preceding both actions went unanswered.

Luis Herrera, director of the Coordination of Christian Organizations in Chiapas, expressed frustration at the government’s failure to take action and noted that village officials previously confiscated lands belonging to the religious minority in 2012 with impunity: “These are plots of land where [the victims] have cultivated maize, coffee, fruit, shade and wood trees with much sacrifice and for many years for nothing because of a lack of religious tolerance for those who think differently… [the authorities] have persisted in … pushing them to renounce their faith or leave the community, in full violation of the Political Constitution of our country.”

Hostilities targeting the Protestants in the village, who belong to three different Protestant denominations, began in May 2012 and include physical attacks, the illegal confiscation of private property and attempts to forcibly convert them to Catholicism. Hopes were raised in January when the State Government negotiated and signed an agreement with the victims which included religious freedom guarantees and a promise that all arbitrarily confiscated land would be returned to the rightful owner. The state government failed, however, to take any steps to fulfill its commitments and in March, the village authorities issued a new decree that prohibited all Protestants from buying or selling in the village.

CSW’s Chief Executive Mervyn Thomas said, “It is imperative that Governor Velasco Coello take swift action to avert any further deterioration in the situation in Mariano Matamoros. The government’s failure to respond in any way to the ongoing serious human rights violations taking place, despite ample warning and appeals for help from the victims, is unacceptable. We continue to be extremely concerned for the safety and wellbeing of the 84 men and women and 42 children whose access to water and sewage services were cut and who have now lost their primary source of income and a significant food source due to the illegal actions of the village authorities. Once again we call on the Chiapas State Government to fully implement the agreements it signed in January to resolve the Mariano Matamoros and a number of other outstanding cases as a matter of urgency, and to set in place policies that ensure that religious freedom is upheld for all.”