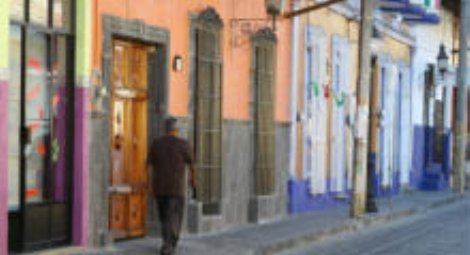 Three elderly nuns were tied up, gagged and assaulted by unknown assailants in their parish home in Matias Romero municipality, Oaxaca State, Mexico on 29 June.

Three elderly nuns were tied up, gagged and assaulted by unknown assailants in their parish home in Matias Romero municipality, Oaxaca State, Mexico on 29 June. This attack comes nine months after a similarly brutal attack on the parish priest in the same village.

In a statement issued on 30 June, The Bishop of Tehuantepec condemned the attack on the nuns from Apostolic Missionaries of the Sacred Heart and the September 2014 attack on Father Victorino López Nolasco: “We observe with sadness and indignation that this violence has not been combatted in a timely or effective manner. Indifference, under-handedness, and on occasion the complicity of public institutions and society itself have tolerated and fostered the growth of criminality.”

“We cannot continue to avoid our responsibility to eradicate this evil that will end by destroying social development and even the lives of many people, including the lives of our young people… For this reason as citizens and as believers we take a stand against all kinds of violence. We ask the Authorities, who are responsible for protecting the security of citizens, that they do their job to eradicate this social evil which appears to be expanding like a plague in our region.”

In 2014, according to the Vatican, more Catholic priests were killed in Mexico than anywhere in the world. The Catholic Multimedia Centre, led by Father Omar Sotelo, has documented a sharp rise on Catholic Church leaders since President Peña Nieto took office. Earlier this year Father Sotelo told Christian Solidarity Worldwide (CSW) that while motives can be difficult to establish, the police are often quick to label attacks on priests as ‘common crime’, even when the attack is accompanied by vandalism or desecration of the church, and that full investigations are rare. He highlighted the impact of these types of attacks on religious freedom, including priests under threat having to leave their parish; and in some cases, the closure of a parish.

CSW’s Chief Executive Mervyn Thomas said, “We were deeply saddened to learn of the horrific attack on the three elderly nuns in Oaxaca earlier this week. We join the Diocese of Tehuantepec in their call for a thorough investigation and for those responsible to be held to account. The situation is very complex and all of Mexican society, including communities of faith, is affected by the culture of impunity. We remain deeply concerned by the impact of the violence, and in particular impunity, on freedom of religion or belief, and we stand in solidarity with religious leaders like Father López Nolasco, who continue to carry out their ministry despite the very real risks.”