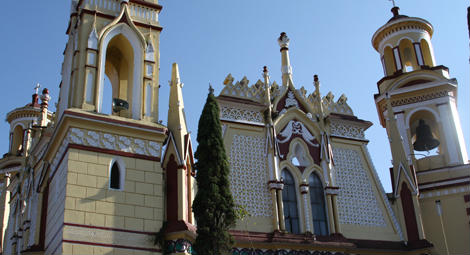 Two Protestants were released from prison on 10 July and local authorities promised to respect religious freedom after state authorities intervened in their case.

Andres Lopez and Virginia Lopez, both from the village of Tseteltón, had been imprisoned in the municipal capital of San Juan Chamula, in Chiapas State since 7 July because of their conversion to Protestantism.

Village leaders, in the agreement negotiated by state government religious affairs officials and municipal leaders, agreed to allow the Protestants, who belong to the Jesus is the Way Church to practice their faith in freedom. According to Herrera, while the village leaders agreed not to cut the water and electricity supply to the homes of the Protestants, they continued to maintain that the children of the Protestants should not attend the local school. Although the government officials reportedly rejected this condition, the Protestant minority agreed to send their children to another school as a gesture of goodwill.  Herrera pointed out that non-Catholic children in another village in the same municipality have also been blocked from attending state school.

In a public statement, Herrera noted that: “Many of these cases could be resolved even more rapidly than this case in Tseteltón, if there was a dialogue; this issue has not been a priority for the authorities and they have not acted with courage. In this case, three minors were involved; [they] were detained alongside the adults and were locked up although they were released a little while later… this is an abuse of authority. There is still a lot to do in Chiapas, however we hope that with the active participation of the State Government of Chiapas and continued communication with Juan Carlos Gomez Aranda, the State Government General Secretary, we will see more decisive advances in other cases, like that of Mariano Matamoros, which is still ongoing and without a solution.”

CSW’s Chief Executive Mervyn Thomas said, “We were very pleased to hear of the release of Virginia Lopez and Andres Lopez in Chiapas and congratulate the state and municipal officials who intervened quickly to negotiate a solution in accordance with laws protecting human rights and religious freedom. The positive resolution to the Tseteltón case shows that government action can be effective when those involved are given the appropriate resources and political support. We join Luis Herrera’s call for similar and swift government action in other cases and encourage the government of Chiapas to prioritise the protection of freedom of religion or belief for all in the state.”