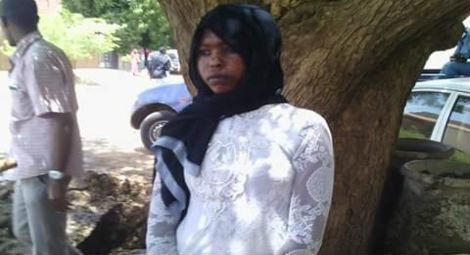 Two Christian women, Ferdoos Eltoum and Rehab Omer Kakoum, have been found guilty of indecent or immoral dress under Article 152 of the Sudanese Criminal Code and fined.

The women were part of a group of Christian women from the Nuba Mountains who were arrested on 25 June, after leaving a celebration service at the El Izba Baptist Church in Khartoum, Sudan. They were tried separately by the Public Order Court and found guilty.

Ms Eltoum’s initial trial hearing was held on 6 July. Her legal team presented two witnesses; a church minister, who testified that her dress code did not violate Christian dress codes, and a Sudanese woman, who testified that Ms Eltoum’s dress code did not violate Sudanese culture. The judge did not make a ruling on the initial charge, but proceeded to charge Ms Eltoum under Article 152 based on what she had worn to court and handed down a fine of 500 Sudanese Pounds (SDP, or £54). When Ms Eltoum appeared in court on 13 July for a ruling on her original charge, the judge refused to allow her lawyer, Mohaned Mustafa, to remain in court to defend her. After Mr Mustafa left the court room and another lawyer stepped in to defend Ms Eltoum, the judge found her guilty under Article 152 for what she was wearing on the evening of 25 June, but gave no sentence, despite a legal requirement to do so.

Ms Rahab Omer Kakoum’s hearing was on 14 July. She was also found guilty under Article 152 and sentenced to a fine of 500 SDP or two months imprisonment if she does not pay the fine. In a direct violation of Sudanese criminal procedure, prior to his ruling, the judge allowed the prosecution to present its case and prevented the defence from presenting witnesses or any arguments.

In a separate development, three Christian minors were arrested on 7 July and charged with the theft of a ring and bracelet from a home where one of their mothers works as a housekeeper. Despite a lack of evidence, Monica Idress Kodey (aged 15); Samra Haroun Mustafa (16) and Reem Abd Alla (17) were charged and detained for three days in an adult prison before being released on bail. A bond of 2,700 SDP (approximately £300) was levied as a condition of their release.

The increase in criminal cases being brought against individual Christians appears to be part of an ongoing campaign of repression against ethnic and religious minorities in the country and a longstanding official policy of Islamisation and Arabisation.

Mervyn Thomas, Chief Executive of Christian Solidarity Worldwide (CSW), said, “We are deeply concerned by the increased use of criminal procedures to target young Christian women in Sudan. These cases highlight wider concerns regarding the mistreatment of religious and ethnic minorities in Sudan, especially those from Nuba Mountains, in violation of Article 18 of the International Covenant on Civil and Political Rights (ICCPR), guaranteeing freedom of religion or belief, and Article 2 of the International Convention on the Elimination of All Forms of Racial Discrimination (CERD), which places a burden on the state not to discriminate against different races or ethnic groups. The detention of three minors in an adult facility and the lack of due process in Ms Eltoum’s and Ms Kakoum’s cases are breaches of Sudanese criminal procedures and international law. Even more concerning is the broad interpretation of Article 152, which is used to harass women in Sudan. We call upon the Sudanese government to repeal or amend Article 152 and to uphold its obligations under international law by acquitting Ferdoos Eltoum and Rehab Omer Kakoum and dropping the charges against the other young women in their group. We also call for the cancellation of charges against the three girls falsely accused of theft. The international community must hold Sudan to account for these flagrant violations of international and domestic law.”