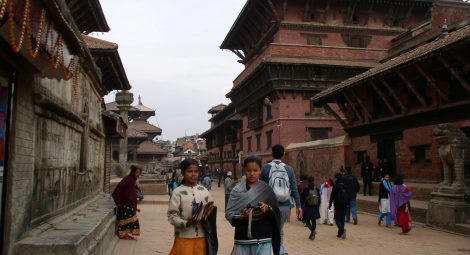 Christian Solidarity Worldwide (CSW) is concerned about an anti-conversion clause included in Nepal’s new constitution, which was passed by the Constituent Assembly (CA) and signed by the President on 20 September.

While the new constitution retains the definition of the state as secular, maintaining neutrality towards all religions, in section 26 it also makes illegal and punishable by law “any act to convert another person from one religion to another or any act or behaviour to undermine or jeopardize the religion of another.”

This fails to allow for choosing and changing one’s faith to be seen as a positive individual choice or as a matter of individual rights, as required by international treaties which Nepal has signed and ratified. Nepal’s Treaty Act of 1991 requires the nation’s laws to conform to the principles of the International Treaties it has signed and ratified.

Nepal was the only official Hindu state in the world until 2008, when the newly-elected CA declared the nation to be a secular republic. After the end of the ten-year conflict with Maoist forces, the Comprehensive Peace Agreement tasked the CA with the responsibility of framing a new constitution, but the CA failed to achieve this in the intervening seven years.

Senior Christian and Hindu leaders in Kathmandu have held key meetings in an attempt to foster understanding, co-operation, and goodwill between followers of their respective religions following bomb attacks on 14 September on the Church of Jyoti Damak and the Emmanuel Church of Khajuragachi in the Terai area, as well as on a church at Surunga. Suspicions that the attacks were the work of radical Hindu groups have been raised by discovery of Hindu extremist pamphlets at the scenes of the attacks.

CSW’s Special Ambassador Stuart Windsor said, “While we welcome the recent decision of the CA to maintain state neutrality towards all religions, it is vital that the anti-conversion clauses in the new constitution do not lead to the persecution of members of minority religions who wish to explain and discuss their beliefs with people of other faiths; nor that individuals who help others without coercion to make a free choice to adopt a new faith are liable to prosecution. CSW is also concerned at the recent bomb attacks on churches. While the authorities must ensure that the perpetrators are brought to justice, we welcome the interfaith dialogue that has taken place as it is important for the future peace of Nepal that religious leaders meet to remedy misunderstandings and foster reconciliation between members of different faiths.”