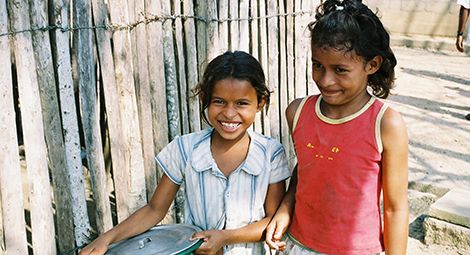 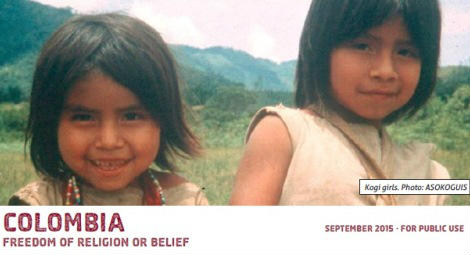 CSW welcomes reports that the Colombian government is working towards a peace agreement with FARC.

Christian Solidarity Worldwide (CSW) welcomes reports that the Colombian government is working towards a peace agreement in March 2016 with the Revolutionary Armed Forces of Colombia (FARC), a leftist guerilla group.

The peace agreement will incorporate a transitional justice process, which will involve those responsible for human rights violations fully confessing to those acts in order to benefit from the possibility of reduced sentences.

The briefing also details religious freedom violation by groups which are not participating in the current peace talks, including leftist guerrilla group the National Liberation Army (ELN) as well as far right neo-paramilitary groups and criminal bands.

Christians in the southern region of Putumayo continue to live with severe restrictions on their religious freedom, as outlined in the FARC-authored “Manual for Coexistence” which was leaked to the press in 2013. Throughout their history, both the FARC and the ELN have actively attempted to suppress or eradicate religious activity in areas under their control or influence. Both are responsible for the targeted assassinations of hundreds of church leaders during the 50-year conflict. The FARC is also responsible for the kidnap and murder of three American missionaries in the 1990s. It is hoped that these acts will be clarified as part of the transitional justice process.

Colombian security forces, meanwhile, are guilty of continuing to kidnap and forcibly induct young men into their forces even after they attempt to claim their constitutional right to conscientious objection based on their religious beliefs. The Colombian Constitutional Court has issued numerous rulings upholding this right and the National Ombudsman released a report on the issue last year, which included strong recommendations to the military to set in place protocols to stop these abuses. Unfortunately, Justapaz, a Mennonite justice and peace organisation, reports ongoing cases.

The briefing also highlights threats against church leaders and protestant churches in the cities of Barranquilla and Sincelejo by a neo-paramilitary group earlier this year. CSW’s joint documentation project with Justapaz and the Colombian Council of Evangelical Churches shows that attempted targeted extortion of churches is a major problem in the country which has resulted in the forced displacement of some church leaders.

In addition, ongoing legally-sanctioned violations of freedom of religion or belief affecting indigenous Colombians continue to pose a challenge. A 1998 ruling by the Colombian Constitutional Court that found in favour of indigenous authorities right to force the populations in their territories to conform to one set of religious beliefs has resulted in regular violations of freedom of religion or belief on indigenous reserves including attempts at forced conversion.

CSW’s Chief Executive Mervyn Thomas said, “We welcome the news of a March 2016 peace agreement by the FARC and the government and are particularly encouraged to hear that this will include a well thought-out transitional justice process. CSW has worked together with Justapaz and the Colombian Council of Evangelical Churches for over a decade on a project to document the impact of the armed conflict on communities of faith, including egregious violations of freedom of religion or belief, and we hope that both sides will take steps to ensure the protection of these fundamental freedoms as well as other human rights in areas under their influence. In addition, we urge the Colombian government to address ongoing state-sanctioned religious freedom violations in indigenous areas and to implement anti-corruption and anti-violence measures to target neo-paramilitary groups who are directly responsible for current threats against and attacks on church leaders and churches.”