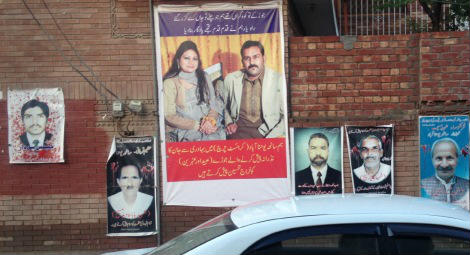 The role of religious leaders as rights defenders

2015 saw a continued crackdown on human rights organisations and human rights defenders (HRDs) around the world. HRDs face multiple challenges including de jure restrictions in the form of restrictive legislation, extensive bureaucratic hurdles, as well as harassment, intimidation, violence, murder and torture. In his opening remarks at the 30th Human Rights Council (HRC) session in September 2015, the UN High Commissioner for Human Rights Zeid Ra’ad Al Hussein highlighted the persecution of civil society as one of his key concerns, and criticised the Council members for enacting overly restrictive legislation limiting the work of civil society organisations. Meanwhile, in his report to the UN General Assembly in 2015, Special Rapporteur on Human Rights Defenders Michel Forst drew attention to the ‘disturbing increase in the number of reprisals and acts of intimidation reported by defenders.’ The UN Secretary General has also highlighted the widespread intimidation and reprisals against HRDs collaborating with the UN, and indicated that the reprisals, which are becoming more severe and varied, undermine the United Nations.

The international community increasingly recognises that HRDs play a critical role in promoting human rights. The UK government announced in early 2015 that it will provide more funding for projects designed to protect civil society space. The government also continues to monitor the situation for human rights defenders, observe trials, lobby for the release of human rights defenders and provide training to HRDs in various parts of the world. As part of this, the Foreign and Commonwealth Office (FCO) produced an HRDs toolkit for UK Missions and their staff overseas.
Despite the increased focus on HRDs and wider civil society space, the role and potential of religious leaders and faith communities in promoting human rights is still not fully recognised. Even though their participation in human rights processes is nowadays more visible, their unique role in promoting human rights is frequently not included in official reports or discussed in international arenas. For instance, the recent report of the Special Rapporteur on the situation of human rights defenders draws attention to the experiences of groups of defenders who are most at risk (such as women HRDs, defenders of land rights or defenders combating corruption), and analyses global trends in the human rights environment, but does not make any reference to religious communities or leaders, or even members of religious minorities.