LATEST UPDATE
The eight people on trial have been acquitted of all charges!

During a hearing on 6 December the court delivered an oral verdict dropping all charges and calling for the bail money to be returned to the eight Christians. The written verdict is expected within a month. Read more in our press release.

Pastor Tanka talks about the Charikot case, and life for Christians in Nepal 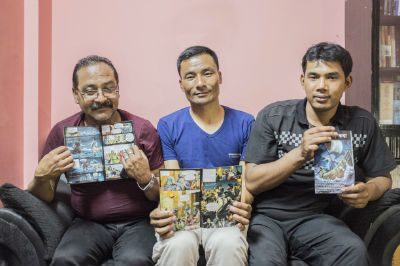 In June 2016 police arrested eight Christians in Charikot, Nepal. They were imprisoned for nine days, poorly treated in prison and charged with attempting to convert children to Christianity through distributing a pamphlet that explains the story of Jesus.

The arrests took place after two trauma counselling sessions organised by an NGO called Teach Nepal. The sessions were aimed at addressing the psychological needs of children affected by the earthquakes that hit Nepal in 2015. 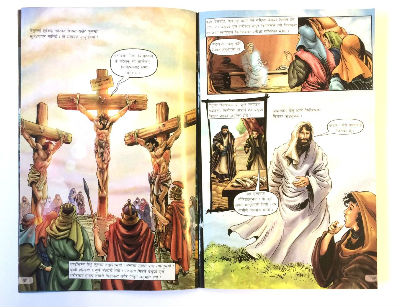 No religious teaching took place during the counselling sessions. At the end of the sessions the organisers distributed a small gift pack to the children, which included a handkerchief and a comic book. The 23-page comic book entitled The Great Story explains the story of Jesus. The children weren’t forced to take this gift.

Yet just a few days later, the organisers were arrested. Those arrested include five staff from Teach Nepal, the principals of the two schools (who had given permission to hold the sessions in their schools), and a church leader who was acting as a contact between the schools and Teach Nepal. They have since been acquitted on all charges.

This is not an isolated incident: it is, in fact, part of a worrying trend of growing state repression of religious freedom in Nepal.

Read more about this case on our blog.

8 December 2016: The eight Christians are acquitted on all charges

21 November 2016: Hearing postponed because the attorney was absent. The next hearing is scheduled for 6 December

26 October 2016: Hearing scheduled, but postponed again until the 21 November

13 July 2016: The case against the eight Christians begins. The charge sheet they are served by the police is thought to be the first in the nation’s history in which Article 26 (3) of the newly promulgated constitution is quoted. This clause states: ‘No person shall, in the exercise of the right conferred by this Article…convert another person from one religion to another or any act or conduct that may jeopardize other’s religion and such act shall be punishable by law.’

9 June 2015: Seven of the Christians who led the sessions are arrested

20 September 2015: Nepal’s new constitution comes into effect: It gives special state protection for the Hindu faith, in addition to restricting religious conversion and the free expression of one’s faith.