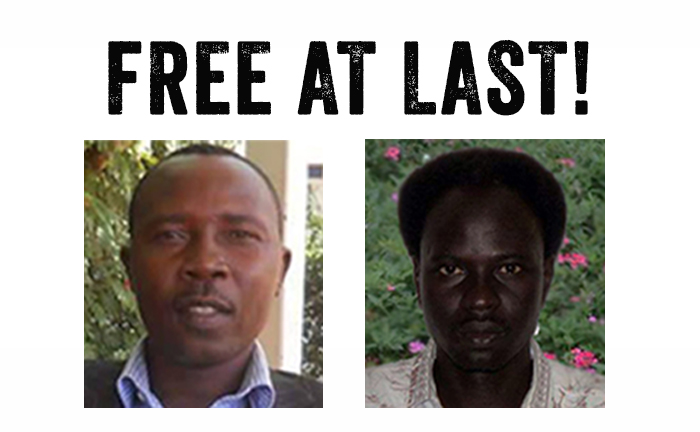 Four men on trial in Sudan – but they hadn’t done anything wrong.

Mr Abdumawla, an activist; Rev Kuwa and Rev Hassan, church leaders; along with Mr Jašek, a Czech national, were charged in August 2016 with at least seven crimes, including espionage and waging war against the state. They had been arrested almost a year earlier.

Their only crime was helping to raise money to treat a badly burned young man who had taken part in a student protest.

For this act of kindness the men were put on trial. The charges against Rev Kuwa were dismissed, but the three men were convicted and given harsh prison sentences. The families of Reverend Hassan and Mr Abdumawla wept openly in court as the verdict was delivered. In February Mr Jašek received a presidential pardon but Rev Hassan and Mr Abdumawla were left to serve their unjust sentences, until they too received a presidential pardon on 11 May.

Though all four men are now free, their case remains a striking example of the harassment, intimidation and government opposition faced by ethnic and religious minorities in Sudan.

Rev Hassan and Mr Abdumawla are now free. Join us in thanking God for their release and asking him to watch over them as they rebuild their lives. 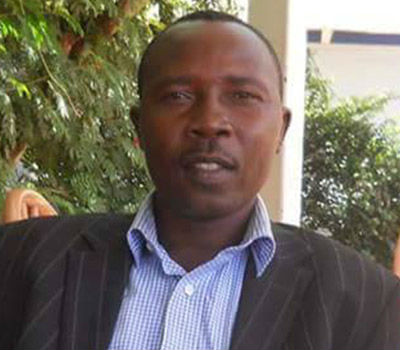 Occupation: Minister and Vice Moderator of the Sudan Church of Christ

Place of arrest: His home in Omdurman

Place of detention: Held in a NISS detention centre since 19 December 2015, then transferred to the custody of the Attorney General on 9 May.

Key facts:  Reverend  Abduraheem  was arrested by the NISS at his home on 19 December 2015. The NISS held him until 9 May 2016, when he was moved to the Attorney General’s custody. Thereafter the prosecutor started building a case against him, which centres on an act of kindness. Reverend Abduraheem donated money for medical treatment for Ali Omer, a young Darfuri student, who had been injured during a demonstration in July 2013. Reverend Abduraheem also facilitated a meeting between Mr Jašek and Mr Omer, after which Mr Jašek  donated $5,000 towards Mr Omer’s treatment.

While detained by the NISS, Reverend Abduraheem was not allowed to see his family, people from his church, or legal representatives. His family was especially concerned for his health as he suffers from stomach ulcers and they couldn’t get his medication to him. He is currently in al-Huda Prison in Omdurman, and is standing trial charged with several crimes including a national security crime that could carry the death penalty.

Reverend Abduraheem was released in May 2017. 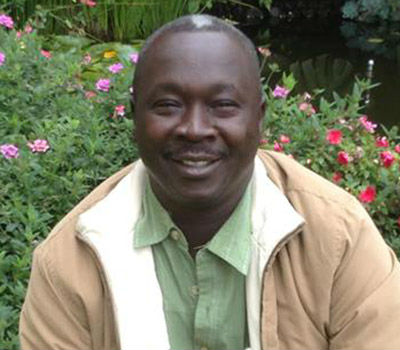 Occupation: Minister and Head of the Missions Committee of the Sudan Church of Christ

Place of arrest: His home in Khartoum

Key facts: Reverend Shamal was held at a NISS detention centre together with Reverend Abduraheem, and released on 20 December 2015 on condition that he reported to the NISS office daily at 8am. He was forced to stay at the office from 8am till midnight. On 16 January 2016 he was released from daily reporting.

In February the NISS reinstated daily reporting conditions, which continued till 24 May, when he was arrested again. He was transferred to the custody of the prosecutor, who added him to the investigation on Reverend Abduraheem. His only connection to the case was his relationship with Reverend Abduraheem and his senior position in the Sudan Church of Christ. He was released in January 2017 after the judge found no evidence against him on the charges brought by the prosecution. 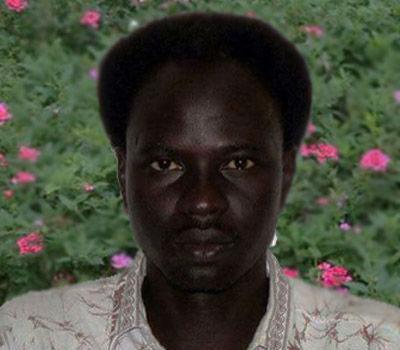 Key facts: Mr Abdumawla was arrested in December 2015 after he began collecting money to help his friend, Ali Omer, a young man who had been badly burned. Mr Abdumawla was put in contact with Reverend Abduraheem and Mr Jašek, who then donated money towards Mr Omer’s treatment.

Mr Abdumawla was held by the NISS between December 2015 and May 2016 and was not allowed to meet or communicate with his family during this time. He was moved to the Attorney General’s custody in May 2016 when the prosecutor started his criminal investigation. Mr Abdumawla is currently in al-Huda Prison in Omdurman, and is standing trial charged with several crimes, including a national security crime that could carry the death penalty.

Mr Abdumawla was released in May 2017. 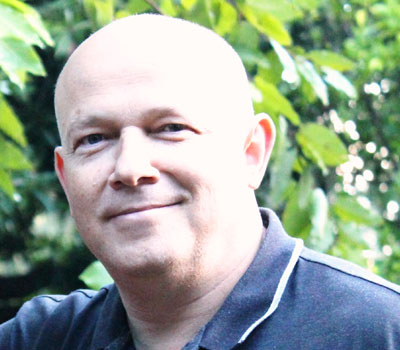 Key facts: In December 2015 Mr Jašek donated $5,000 towards medical treatment for Mr Ali Omer, a young man who had been badly burned. The money was signed for by Reverend Abduraheem and Mr Abdumawla.

As he was leaving Sudan Mr Jašek was searched at Khartoum Airport by NISS agents who found the receipt and arrested him.

Mr Jašek was held by the NISS between December 2015 and May 2016. He was moved to the Attorney General’s custody in May 2016, when the prosecutor began his criminal investigation. Petr Jašek was released from prison in February 2017 after receiving a presidential pardon.

11 May 2017: Rev Hassan Abduraheem and Mr Abdulmonem Abdumawla are released from prison after receiving a presidential pardon.

24 February 2017: Petr Jašek is released from prison after receiving a presidential pardon. However, Mr Abdumawla and Rev Hassan remain in prison.

23 January 2017: The presiding judge's final decision is delayed at a hearing until 29 January.

3 January 2017: Rev Kuwa Shamal is released as the judge finds no evidence against him on the charges brought by the prosecution. The trial continues for Reveremd Abduraheem, Mr Jašek and Mr Abdumawla, as the judge confirms the charges against them.

28 December 2016: The judge questions the defendants to determine whether to proceed with the trial.

26 December 2016: At the hearing, the prosecution closes their case.

10 December 2016: The anniversary of their respective arrests passes. It is now one year since the four men were detained, and they are still awaiting justice.

28 November 2016: The defence teams cross examines the NISS officer who started the case against the men. The next hearing is scheduled for Monday 5 December, where the NISS officer will be re-examined by the prosecutor.

21 November 2016: The complainant – the National Intelligence and Security Service (NISS) officer who started the case – takes the stand. The men are charged jointly with at least seven crimes, including waging war against the state (Article 51 of the Sudanese criminal code) and espionage (Article 53). The next hearing is scheduled for Monday 28 November.

14 November 2016: The investigator finishes giving evidence at the hearing today. The next hearing is scheduled for Monday 21 November.

24 & 31 October 2016: The hearing on 24 October is postponed due to the judge being out of the country, and again on 31 October as he is unavailable. The postponements cause unnecessary delays which go against fair trial principles.

26 September 2016: The prosecutor continues to present his case at today’s hearing. The next hearing is expected later in the week.

21 September 2016: Today's hearing is postponed to Monday 26 September, as no translator is available for Mr Jašek.

6 September 2016: The prosecution continues to outline its case at today’s hearing. Read more in our press release.

29 August 2016: The second hearing takes place, with the investigator presenting key evidence. The hearing is cut short because of a power shortage. After several requests, the men are allowed access to their legal team for the first time and the families of the Sudanese men are finally allowed to visit them in prison.

22 August 2016: Reverends Hassan and Shamal appear in court on 21 August along with Mr Petr Jašek and Mr Abdumawl to hear the investigator outline the evidence against them. The next hearing is scheduled for Monday 29 August. Read more in the press release here.

21 August 2016: In the video below, nearly a hundred Christians from several denominations gather outside the courthouse in Khartoum for the hearing today. They're singing a hymn in a Nuba language and demonstrating their solidarity and support for the men on trial.

14 August 2016: Trial begins, but the four men miss this first hearing after prison authorities fail to transport them to court. The judge confirms the charges against the men.

4 August 2016: The prosecutor sends the case to court, the men are formally charged.

31 July 2016: Reverend Abduraheem and Reverend Shamal ask the prosecutor to charge or release them and raise concerns about conditions in the cramped police holding cells they’ve been detained in for two months.

9 May 2016: Reverend Abduraheem is transferred to the Attorney General’s custody.

20 December 2015: Reverend Shamal is released on the condition that he reports daily to NISS offices.

December 2015: Mr Jašek travels to Khartoum and donates $5,000 towards Mr Omer’s medical treatment, which was signed for by Reverend Abduraheem and Mr Abdumawla. As he is leaving Sudan, Mr Jašek is searched at Khartoum Airport by NISS agents who find the receipt and arrest him.

July 2013: Ali Omer is injured during a student demonstration at the Quran Karim University.