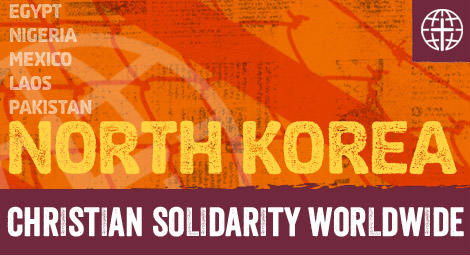 Two years after a UN Commission of Inquiry recommended that the North Korean regime should be referred to the International Criminal Court (ICC) on account of the egregious human rights abuses underway in the country, Christian Solidarity Worldwide (CSW) is calling for the implementation of the Commission’s recommendations.

Its report details crimes against humanity including “extermination, murder, enslavement, torture, imprisonment, rape, forced abortions and other sexual violence, persecution on political, religious, racial and gender grounds, the forcible transfer of populations, the enforced disappearance of persons and the inhumane act of knowingly causing prolonged starvation.” Findings include that “there is an almost complete denial of the right to freedom of thought, conscience and religion, as well as the rights to freedom of opinion, expression, information and association.” The report concludes that such crimes against humanity are continuing “because the policies, institutions and patterns of impunity that lie at their heart remain in place.”

The Commission of Inquiry recommended targeted sanctions against the perpetrators of crimes against humanity, an extension of the mandate of the UN Special Rapporteur for Human Rights in North Korea and the establishment of a UN-mandated structure and database “to help to ensure accountability for human rights violations,” building on “the collection of evidence and documentation work of the commission”. It also called on China to respect the principle of non-refoulement and end its practice of forcibly repatriating North Korean refugees.

On 22 January, the UN Special Rapporteur on the situation of human rights in the Democratic People’s Republic of Korea (DPRK), Marzuki Darusman, said: “In addition to continuing political pressure to exhort the DPRK to improve human rights, it is also now imperative to pursue criminal responsibility of the DPRK leadership. Not much has changed in the country almost two years after the report of the Commission of Inquiry,”

His comments follow a UN General Assembly resolution on 17 December 2015 condemning “long-standing and ongoing systematic, widespread and gross violations of human rights” in North Korea and a UN Security Council debate on 10 December 2015, in which several countries voiced support for a debate on referring North Korea to the ICC.

A European Parliament resolution on 21 January stressed that “the violations described in the [Commission of Inquiry] report, many of which constitute crimes against humanity, have been taking place for far too long under the observing eyes of the international community” and urged “the DPRK Government to implement the recommendations of the Commission of Inquiry without delay.” On the same day, in a short debate in the House of Lords on “The security and human rights challenges on the Korean Peninsula following North Korea’s recent nuclear test” Lord Alton of Liverpool described the publications of the Commission’s report as “a defining moment”, adding that North Korea “is in breach of pretty well all of the 30 articles in the 1948 Universal Declaration on Human Rights.”

CSW’s Chief Executive Mervyn Thomas said, “Two years on from the publication of the Commission’s report, action on its recommendation is long-overdue. The report makes a comprehensive, detailed and authoritative case for the North Korean regime to be brought to justice for the appalling human rights violations underway in the country. It must not be left to gather dust on a shelf but  must serve as a plan of action to end the suffering of the North Korean people and hold the perpetrators of crimes against humanity to account. The resolutions and debates in the UN, European and UK parliaments show that the world is aware of the human rights crisis in North Korea. This is not enough. We must ensure that those responsible are held to account in the ICC.”