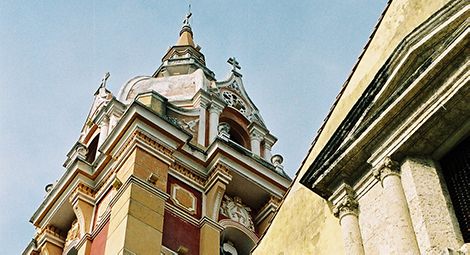 Report: Freedom of religion or belief

The population of Colombia is predominantly Christian, and many citizens participate in religious activities on a regular basis without any hindrance. A significant percentage of the population, however, is subjected to consistent and serious violations of their religious freedom, belief and conscience. In the wider population these violations take place within and as a part of the context of the armed conflict. Indigenous communities suffer conflict-related violations of freedom of religion, belief and conscience, but have also seen these rights severely curbed by the Colombian courts which have ruled in favour of traditional authorities seeking to impose religious uniformity in their communities.

While there have been significant steps taken in terms of the conflict, especially in the form of the ongoing dialogue between the largest leftist guerrilla group, the Revolutionary Armed Forces of Colombia–Army of the People (FARC-EP), and the government; violations of human rights, including attacks on civilian populations and severe restrictions on religious freedom, continue or have grown worse in many parts of the country. The National Liberation Army (ELN) and various neo-paramilitary groups, notably the Urabeños, also known as Clan Usuga, are moving or expanding into territories up until now controlled by the FARC-EP. Both are responsible for serious human rights violation, including violations of freedom of religion, belief and conscience.

CSW partners in Colombia continue to document human rights violations experienced by communities of faith including hundreds of violations of freedom of religion, belief and conscience. Church leaders are the regular targets of threats, forced displacement or assassination.
Young people, including Christian youth, continue to be forced into illegal armed groups or the military, even when they try to declare themselves conscientious objectors based on deeply held religious beliefs. Christian converts attempting to leave illegal armed groups are forced into hiding or killed. Illegal armed groups continue to impose severe restrictions on religious activity in many parts of the country, in some cases prohibiting it altogether. Churches are also frequent targets for extortion by the armed groups. Finally, in some indigenous communities, traditional authorities are responsible for closing down non-traditional religious buildings, attempting to force members of their communities to reconvert back to traditional beliefs and religious practices, and forcibly displacing those who refuse to do so.