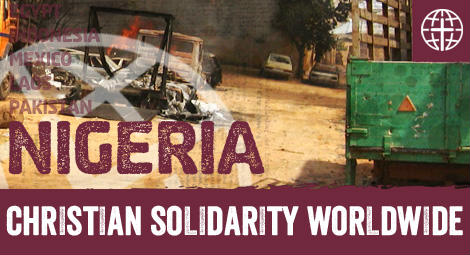 The Nigerian government has ordered an investigation into ongoing violence in Benue State that has surged in the wake of the Senate election re-run, reportedly leading to the deaths of hundreds of people and the displacement of thousands.

According to local sources, armed Fulani herders, allegedly backed by a helicopter, have attacked the Agatu Local Government Area (LGA) of Benue State over several days, overrunning at least 25 communities and occasioning significant displacement.  Estimated death tolls range from 100 to over 300, with reports of at least six villages entirely razed to the ground and corpses littering abandoned communities.

Attacks by Fulani herders or militia on farmers in the central Nigerian states of Plateau, Kaduna, Bauchi, Taraba and Benue have been ongoing for several years, but are increasing in frequency. According to the Institute for Economics and Peace’s Global Terrorism Index, during 2014 the herders murdered more people than the Somali terror group al Shabaab, rendering them the fourth most deadly terrorist outfit in the world.

The violence in Benue State is part of a significant upsurge that occurred in the aftermath of the victory of former Senate president David Mark of the Opposition Peoples Democratic Party (PDP) in an electoral re-run. On 16 March, Senator Mark issued a statement calling for an aggressive security response to bring the perpetrators to justice and urged the National Emergency Management Agency (NEMA) to provide relief to displaced persons. These calls were echoed in the Federal House of Representatives, which on 25 February, called on the government to deploy soldiers to Agatu in order to avert further bloodshed and destruction, and urged NEMA to provide relief to the affected communities and survivors. Also on 25 February, a temporary agreement was reached for the herders to remain on the Nasarawa State side of the border and to not cross into Benue for any reason. On 27 February, armed forces deployed to the area reportedly drove the herders from six communities they had occupied on the banks of the Benue River.

In a statement issued on 26 February, the Human Rights Writers Association of Nigeria (HURIWA) called for the dismissal of the Inspector General of Police (IGP) and the Director General of the Department of State Security (DSS) for their failure to halt the killing of civilians by herders. The group also called on the National Assembly to investigate allegations that the Nasarawa State Government was providing logistical support for the perpetrators, who reportedly access Agatu by speedboat from Nasarawa.

Violence attributed to armed herders is increasingly becoming an issue in the south of the country. On 21 January, the body of HRH Obi Edward Akaeze Ofulue II, traditional ruler of Ubulu-Uku Kingdom in Aniocha South LGA of Delta State, was discovered in the bush in Ekpon, Edo State several days after he had been kidnapped for ransom by Fulani assailants.

On 25 February, six traditional rulers from Ijebu-Igbo in the Ijebu North LGA of Ogun State convened a press conference where they accused armed herders of destroying local farmlands and raping women in their area. In a gathering attended by other local chiefs and prominent individuals, the rulers described the herders as posing a serious threat to security and appealed to the Ogun State Government to take urgent steps to bar them from their community in order to avert a confrontation.

Mervyn Thomas, Chief Executive of Christian Solidarity Worldwide (CSW), said, “CSW welcomes the deployment of troops to Agatu and news of a government investigation into the violence in Benue State and the pledge to tackle the root causes of the violence. However, given the scope of herder attacks and the fact that the herders have long constituted a threat to national security, the investigation must be widened to include every area in the country where such violence is occurring. It is essential that the government follows through on its promise and that those responsible for the bloodshed in Benue and elsewhere are held to account. The statistics are sobering; a holistic plan to tackle terrorism in Nigeria must address the Fulani herders as well as Boko Haram.”