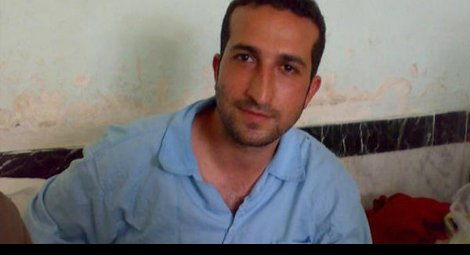 Christian Solidarity Worldwide (CSW) has learned that Yousef Nadarkhani, the Church of Iran pastor acquitted of apostasy in 2012, has been charged with acting against national security.

According to CSW’s sources, Pastor Nadarkhani was summoned to the 13th Branch of the Revolutionary Court in Rasht on 24 July, where he was charged and released, but was given a week to raise 100 million Touman (approximately US$ 33,000) in bail or face arrest. He was also accused of being Zionist and informed that he had no right to evangelise.

On 13 May, the pastor and his wife, Tina Pasandide Nadarkhani, were arrested after Iranian Security Service (VEVAK) officers raided their home in Rasht as part of a series of raids targeting approximately ten Christian households. While they were released immediately, three members of their congregation, Mohammadreza Omidi (Youhan), Yasser Mossayebzadeh and Saheb Fadaie, were detained in Lakan Prison near Rasht and released after posting bail amounting to approximately US$ 33,000. The three men are yet to be informed of the charges levelled against them.

Pastor Nardarkhani was initially arrested in 2009 after going to his children’s school to question the Muslim monopoly of religious education for children, which he felt was unconstitutional. He was charged with apostasy and sentenced to death in 2010, a decision that was upheld by the Supreme Court in 2011. On 8 September 2012, he was released from prison following his acquittal on apostasy charges, but was found guilty on charges of evangelising. The pastor was recalled to prison on 25 December 2012 to complete the remainder of his three year sentence, and was released once again on 7 December 2013.

CSW’s Chief Executive Mervyn Thomas, said:” It is deeply troubling to hear of the renewed harassment of Pastor Nardarkhani. The national security charges levelled against him are spurious and an indication that the authorities persist in criminalising the Christian community for exercising their right to freedom of religion or belief. We urge the Iranian government to dismiss the charges against him and to cancel any pending charges against Mohammadreza Omidi, Yasser Mossayebzadeh and Saheb Fadaie. The international community must press the Government of Iran to uphold its obligations to respect the right of its citizens to freedom of religion or belief, as outlined in the International Covenant on Civil and Political Rights, to which it is signatory, and in Iran’s own constitution.”