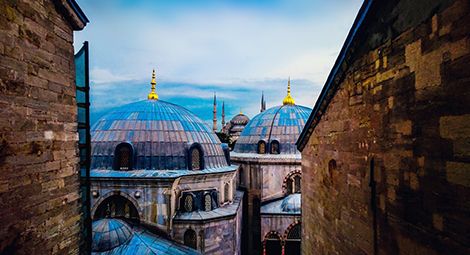 Five men who were convicted on 28 September 2016 of the murders of three Christians in Malatya, Turkey in 2007, were arrested on 29 September 2016 amid concerns that they might flee the country.

The three Christians were killed at the offices of Zirve Publishing House on 18 April 2007. The five convicted men, who were apprehended at the scene of the crime, were released on bail in 2014, following controversial judicial amendments to terrorism laws that reduced the time suspects can be held without conviction to five years. Following their conviction, they were briefly allowed home pending the outcome of an appeal, but were arrested on the evening of 29 September 2016 amid concerns that they might abscond.

A total of 21 defendants stood trial in connection with the Malatya Murders, some of whom were military officers. Retired Colonel Mehmet Ulger was sentenced to 13 years and nine months in prison for "violation of confidentiality of communication and forgery of official documents”, while Major Haydar Yesil received 14 years and 10 months.  However, 14 other suspects remanded in connection with the case were acquitted of being members of a terrorist organisation, including Retired General Hursit Tolon.  According to the Association of Protestant Churches, the presiding judge said the murders could not have been committed without the assistance of a criminal organisation, but admitted that the court had failed to find this link.

Mervyn Thomas, CSW's Chief Executive said, “CSW welcomes the conviction and arrests of the perpetrators of these appalling murders, following a lengthy trial that has taken a toll on the family and friends of the victims. Though the process has been inordinately long, the final outcome of this trial provides a welcome illustration that justice can prevail irrespective of the religious background of perpetrators and victims. We urge the Turkish authorities to ensure that from now onwards such cases continue be treated without prejudice in order to send a clear message that harassment and attacks against religious minorities will not be tolerated.”

1. An aggravated life sentence replaced the death penalty in Turkey and imposes tougher conditions on prisoners such as restrictions on leisure hours and limitations on contact with other prisoners, if deemed necessary.