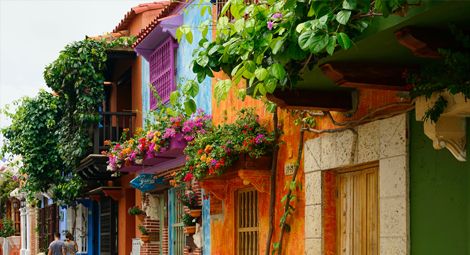 Colombia urged to work towards peace

Christian Solidarity Worldwide (CSW) urges the government of Colombia and the Revolutionary Armed Forces of Colombia (FARC) to continue working towards a peace agreement after the current deal was narrowly rejected in a public plebiscite.

In an unexpected development, the Colombian public voted by a narrow majority of 50.24 per cent to reject the current peace deal, which was signed in Cartagena on 26 September following four years of public negotiations and was considered a major step towards ending the 52-year internal armed conflict in Colombia. A plebiscite on the deal ensured that the Colombian people had the final say and was required in order for it to come into force. Voter turnout was low at 40 per cent.

Among a range of measures, the agreement committed the Colombian Government to agrarian reform, a more open democracy and development programmes focused on solving the drug problem. The FARC agreed to a ceasefire and to abandon all arms in the coming months. In his address to the nation, President Santos said that the ceasefire remains in place and that negotiations will continue.

CSW’s Chief Executive Mervyn Thomas said, "In light of this unexpected plebiscite result CSW urges all parties to honour their promise to continue working towards a peace agreement in Colombia. Over 50 years of internal armed conflict has left millions of victims. We will continue to stand in solidarity with our partners in Colombia as they work in pursuit of peace, truth and reconciliation. We hope and pray for a peace agreement that meets public approval, and for a truth and reconciliation process that uncovers the human rights violations committed by all actors in this conflict and brings some measure of clarity and peace for the victims and their families.”

All actors in the 52-year internal conflict have been responsible for human rights violations, including violations of the right to freedom of religion or belief (FoRB). Hundreds of church leaders have been the victims of targeted assassination since 2000 and churches have faced extortion from armed groups. Young people who are pacifist because of their religious convictions have also been forcibly conscripted by the army.

Since 2005, CSW’s partner organisations have carried out a national project, supported by CSW, documenting human rights violations affecting communities of faith. It is hoped that this documentation will contribute to future investigations as part of a truth and reconciliation process to shed light on the tens of thousands of unresolved cases of murder and forced displacement in Colombia, including the kidnap and murder of US missionaries in the 1990s.