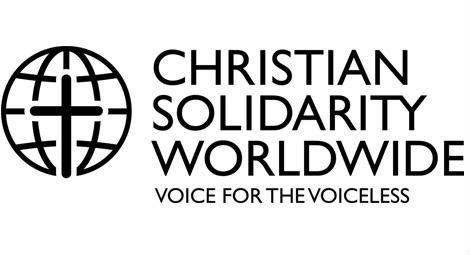 Ahead of Genocide Prevention Day on 9 December, Christian Solidarity Worldwide (CSW) is calling for the perpetrators of crimes against humanity in North Korea and Eritrea to be held to account, either through referral to the International Criminal Court (ICC) or other judicial mechanisms.

Commissions of Inquiry mandated by the UN Human Rights Council (HRC) to assess the human rights situations in North Korea and Eritrea found evidence of crimes against humanity and called for judicial processes to hold the perpetrators of these mass atrocities to account and to give victims a voice. However, this has not been acted upon in either case.

CSW’s Chief Executive Mervyn Thomas said, “Atrocity crimes persist and are entrenched by the impunity that arises when we fail to hold perpetrators to account.  In this regard, the reports by these Commissions amount to a call to action for the international community, through the UN, to either recommend an ICC referral or to establish alternative justice mechanisms in order to identify and prosecute perpetrators, and to give the victims of these atrocities a voice and a hope of justice.”

The International Day of Commemoration and Dignity of the Victims of the Crime of Genocide and of the Prevention of this Crime falls on 9 December to coincide with the signing of the 1948 Genocide Convention. Customary international law, and treaties such as the Genocide Convention and the 1998 Rome Statute that established the ICC identify genocide, crimes against humanity, and war crimes as atrocity crimes that the international community must   prevent and punish.

CSW continues to call for international investigations to establish whether the grave human rights violations targeting minority communities in Syria and Burma amount to atrocity crimes, and for effective interventions in the event of positive determinations. A UN investigation found that genocide has been committed by Daesh (Islamic State) against the Yazidis in Iraq and Syria; however, the situation for Christians and other religious and ethnic minorities has yet to be established. In Burma, there are serious allegations of grave violations of human rights, including crimes against humanity, in Rakhine State, which have resulted in the deaths of hundreds of Rohingya Muslims and the displacement of at least 30,000. Reports indicate that the Burmese military has committed severe violations against Rohingya Muslims including the burning of homes, mass rape, torture, extrajudicial killings and blocking of aid. Hundreds of Rohingya Muslims have fled to the Bangladeshi border but have been denied asylum.