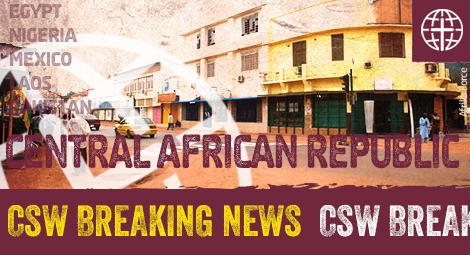 The United Nations Independent Expert on the Central African Republic (CAR), Ms Marie-Thrse Keita-Bocoum, has called on the CAR government and the international community to bring an end to impunity and secure justice for victims of human rights violations.

Ms Keita-Bocoum made her remarks during the interactive dialogue on CAR at the UN Human Rights Council (HRC) in Geneva on 21 March. She acknowledged recent efforts by the CAR government to appoint a prosecutor for the Special Criminal Court to address the serious crimes committed during the violence. However, she stressed the importance of international financial support for CAR, noting that financial pledges made in November 2016, have been slow to materialise.

Whilst the ethnic dimension of the conflict is becoming more prominent, religiously-motivated attacks continue to occur. On 7 February three churches were burnt and a pastor was killed in the KM5 district of Bangui following the death of a gang leader at the hands of the UN Peacekeeping Mission in CAR (MINUSCA) and police. On 11 February FPRC leader, General Zoundeko was killed near Bambari and several churches in the Ouham area were subsequently set on fire in reprisal attacks.

Ms Keita-Bocoum commended recent efforts by the MINUSCA to protect civilians in Bambari, in line with a changed peacekeeping strategy in the north of CAR, and encouraged the organisation to adopt the approach in other parts of the country.

Christian Solidarity Worldwide’s (CSW’s) Chief Executive Mervyn Thomas said, “We echo the calls of the Independent Expert to the government of CAR and the international community, to bring an end to impunity. An essential step to bringing peace and reconciliation in the country is ensuring that perpetrators of human rights violations are brought to justice.  As the dynamic of the conflict changes, the protection of civilians should remain a top priority, and we call on MINUSCA to continue its efforts to this end by extending its new peacekeeping approach to the rest of the country.”