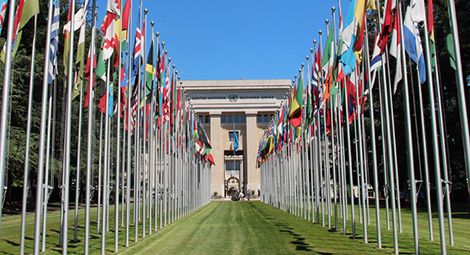 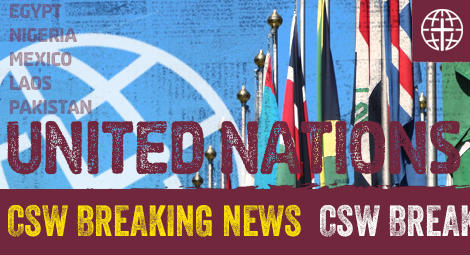 Christian Solidarity Worldwide (CSW) has been granted official UN accreditation by the 54 membered United Nations (UN) Economic and Social Council (ECOSOC) after eight years of deferrals by the NGO Committee was followed by a denial earlier this year.

On 19 April, 28 ECOSOC member nations voted in favour of granting Consultative Status to CSW, with 9 voting against and 12 abstaining, giving the organisation independent access to key UN human rights advocacy platforms, and the ability to organise side-events independently at fora such as the UN Human Rights Council (HRC) and UN General Assembly. The vote was requested by the Permanent Missions of China and Pakistan.

CSW’s Chief Executive Mervyn Thomas said: “This is a significant day for CSW. UN accreditation will enable us to advance our work of promoting the right to freedom of religion or belief across the UN system. This vote is also a welcome acknowledgment of the importance of NGO contributions to the UN’s work. CSW is deeply grateful to the UN member states who co-sponsored the resolution to grant us consultative status, and to the ECOSOC members who voted in support of our application. I would also like to express our gratitude to the UK Mission to the UN in New York for appealing our case after our application was rejected in Februrary. We also thank the distinguished signatories of the joint letter urging ECOSOC to grant  accreditation, and the five UN Special Rapporteurs for their strong letter in support of CSW.”

The successful appeal comes after CSW’s application was rejected by the UN NGO Committee in February.

The appeal for CSW’s accreditation was led by H.E. Matthew Rycroft CBE, Ambassador and Permanent Representative to the UK Mission to the UN in New York, who observed in his opening remarks to ECOSOC members that “When a serious and credible NGO such as Christian Solidarity Worldwide is kept waiting in limbo for seven years, the system is clearly not working as it should…Its work is directly relevant to ECOSOC. It is in full compatibility with the aims and purposes of the UN Charter, as well as the Universal Declaration on Human Rights and other United Nations human rights covenants. CSW works actively to promote the aims and purposes of the Charter. It even trains other civil society partners to work within the UN system and fully utilise UN mechanisms. The conclusion we draw is that the NGO Committee’s decisions have not been based on the merits of CSW’s application.”

In addition to the UK Permanent Mission to the UN, permanent missions of the United States of America, Estonia (speaking on behalf of the European Union), Norway and Australia made statements in support of CSW. ECOSOC also approved a resolution to introduce the webcasting of open sessions of the NGO Committee, with 37 members voting in favor and 16 abstaining.

Mervyn Thomas added: “While we are pleased with the outcome of today’s vote, the questions raised regarding the NGO Committee’s tendency to repeatedly defer and deny the applications of human rights organisations need to be addressed. The five UN Special Rapporteurs also raised serious concerns about the workings of the NGO Committee and have made recommendations for its improvement, including the live webcasting of meetings, which was also under discussion today and which will assist in ensuring greater transparency in the accreditation process. As the parent body, ECOSOC is responsible for ensuring that the practices and procedures of the NGO Committee are in keeping with its principles and that its decisions comply with international human rights standards. We will continue to advocate for reforms that will result in a greater degree of impartiality, accountability and transparency.”