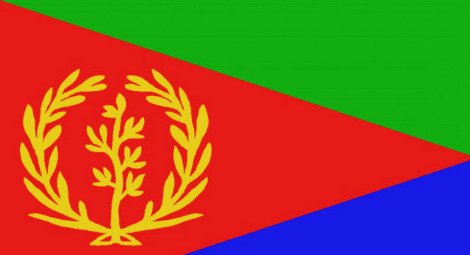 CSW is concerned that Patriarch Abune Antonios has not been seen in public since 16 July.

Christian Solidarity Worldwide (CSW) is concerned that the legitimate patriarch of the Eritrean Orthodox Church, Abune Antonios, has not been seen in public since attending Mass at St Mary’s Cathedral in Asmara on 16 July.

Although he is reported to have been moved to another residence with ‘better’ conditions on 19 July, the new location is surrounded by guards and the patriarch remains unable to come and go freely.

As reported previously, during his first public appearance in over a decade, the patriarch was surrounded by guards and plain-clothed policemen dissuaded church goers from taking pictures. Traditionally, a patriarch gives the benediction during any service he attends. However, CSW has since learned that although he wanted to pray for those assembled, the patriarch was not allowed to do so. It has also been reported that members of the congregation who stayed in the church grounds after the service to see him were ordered to leave by priests, and any who showed reluctance were forced out of the grounds by plain-clothed policemen.

The patriarch’s reappearance in public initially sparked speculation about his imminent release and reinstatement, but is increasingly considered to have been a charade. Several sources informed CSW that they believe his stage-managed re-emergence had a twofold purpose.

Firstly, to convince the international community that the human rights situation in Eritrea is improving; and secondly and more significantly, to convince the Eritrean people that the division caused by Patriarch Antonios’ removal was over, in order to pave the way for a pro-government successor. To this end, government sympathisers within the Church are claiming that reconciliation has been achieved and are reportedly describing the patriarch’s ten years under house arrest as a period of ten years in isolated spiritual contemplation that was imposed by the Synod.

According to church sources, an ambitious government-allied bishop named Abune Lukas has recently been acting as the Church’s unofficial leader and wants to become the patriarch. Bishop Lukas was ordained by Patriarch Antonios but started working against him two days after being ordained, and he and others were subsequently excommunicated. However, even the Synod, which was complicit in removing the patriarch, is said to be divided about his potential candidacy. A convincing show of reconciliation was essential for Bishop Lukas to be accepted as a legitimate successor by the Oriental Orthodox Communion and its congregations.

Patriarch Antonios, who is 90 years old, has been under house arrest since January 2007, after being removed from office, in violation of canon law, for repeatedly objecting to government interference in ecclesiastical affairs. His removal cemented the government’s control of the EOC. His reappearance in public followed mounting international pressure.

Dr Khataza Gondwe, Team Leader for Africa and the Middle East at Christian Solidarity Worldwide, said, “It is clear that the patriarch’s temporary reappearance was a ploy to usher in a successor who would formalise government control of Eritrea’s largest Christian denomination. It was also a public relations exercise designed to give a semblance of progress in human rights to countries that would prefer to avoid addressing the crimes against humanity underway in Eritrea, while assisting the country’s efforts to prevent beleaguered citizens from escaping for their own domestic policy reasons.”

“Our thoughts and prayers are with Patriarch Antonios as he faces increasingly challenging circumstances. We call on members of the international community to seek urgent assurances of his whereabouts and welfare, so that the Eritrean authorities are left in no doubt that they will be held accountable for his continued wellbeing. We also reiterate our calls for his unconditional release and reinstatement and for representatives of sisterly Oriental Orthodox churches to visit the patriarch in order to ensure his wellbeing and verify the legitimacy of any reconciliation process.”