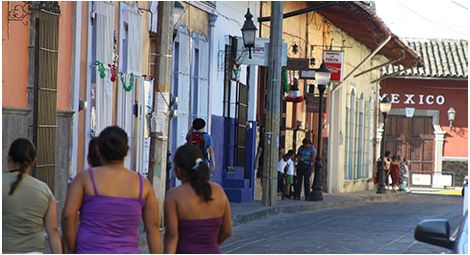 Multiple expulsions of religious minorities from their homes in Tuxpan de Bolaños in Mexico’s Jalisco State have led to 64 men, women and children from the Huichol indigenous group being forcibly displaced on 4 December.

Christian Solidarity Worldwide (CSW) has also been informed that 13 adults are expected to be expelled on 6 December, along with a group of minors, because of their religious beliefs.

On 4 December, 42 Jehovah’s Witnesses were forcibly displaced from their homes in Tuxpan de Bolaños, along with 7 Protestant adults and 15 Protestant children. They were violently removed from the town and taken by truck into the mountains, where they were abandoned. Dr Jorge Lee Galindo, director of the Mexican religious freedom organisation Impulso 18, told CSW the local authorities destroyed most of the homes, so it will be difficult for them to return.

According to Dr Lee Galindo, the Emanuel Regional Baptist Convention, which oversees Baptist churches in the area, sent transport to the area to provide support to the victims.

The twenty-two Baptists are now sheltering in Puente de Camotlán Church in Nayarit State, while the 42 Jehovah’s Witnesses are currently in the municipal auditorium in Bolaños, Jalisco State.

Government officials took no action to defend the expelled groups or their properties.

These expulsions of religious minorities from Tuxpan de Bolaños follow the forcible displacement of 20 Protestant families (approximately 50 individuals including children) in January 2016, after threats were made against them in December 2015. A resolution adopted by the village assembly that month stated that the Protestant members of the community would be expelled if they refused to convert to Roman Catholicism. The Jalisco State Human Rights Commission recommended community dialogue to resolve the issue in December 2015, but religious intolerance persists.

CSW believes that the failure by the Mexican State or Federal authorities to protect freedom of religion or belief by addressing the threats made against these religious minorities, including the first expulsion of Protestants from Tuxpan de Bolaños, has created an environment of impunity that likely contributed to the most recent expulsions.

CSW’s Chief Executive Mervin Thomas said: “We are deeply concerned that almost two years on from the illegal expulsion of 20 families because of their religious beliefs, both state and federal governments have failed to protect religious minorities in Tuxpan de Bolaños and as a result even more men, women and children have now been forcibly displaced. Once again we call on the Mexican government, at both federal and state levels, to act swiftly to facilitate a safe return for and the restoration of property to all of those who have been forcibly displaced from the village, and to prevent further expulsions. It must also ensure that fundamental human rights, including freedom of religion or belief, are respected and upheld by the authorities at every level.”