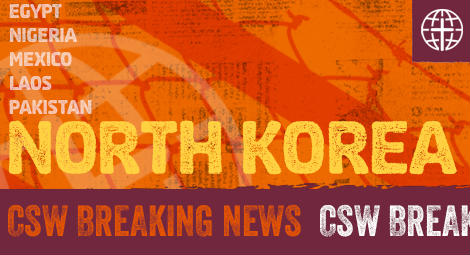 A new report by Christian Solidarity Worldwide (CSW) on the human rights situation in North Korea has found that in the past decade, ‘although the regime has not changed, the people have.’

‘In order to find new and effective ways of addressing the human rights situation in North Korea, stakeholders must understand these changes, and work together with North Koreans outside the country to bring about a brighter future.’

The report, Movies, Markets and Mass Surveillance: Human Rights in North Korea after a Decade of Change, was launched in the UK parliament on 5 February at an event hosted by the All Party Parliamentary Group (APPG) on North Korea and chaired by APPG co-chair Fiona Bruce MP. Speakers included APPG co-chair Lord Alton, Jieun Baek, author of North Korea’s Hidden Revolution: How the Information Underground is Transforming a Closed Society, and CSW’s East Asia Team Leader Benedict Rogers.

Movies, Markets and Mass Surveillance: Human Rights in North Korea after a Decade of Change, is published ten years after CSW’s groundbreaking report, North Korea: A Case to Answer, A Call to Act, which was one of the first to call on the United Nations to establish a Commission of Inquiry (COI) to investigate alleged crimes against humanity in North Korea.

In 2013, the UN Human Rights Council established the COI on North Korea, which in 2014 produced a comprehensive report which concluded that the ‘gravity, scale and nature’ of the violations of human rights in North Korea ‘reveal a State that does not have any parallel in the contemporary world.’

Speaking yesterday, CSW’s East Asia Team Leader Benedict Rogers noted the increasing availability of movies and other media in North Korea, and a growing sense of dissent among citizens, stating: "Unless we understand what is happening inside the country, we cannot be equipped to meet its challenges."

However, he and the other speakers stressed that the human rights violations perpetrated by the North Korean regime are ongoing. In terms of the right to freedom of thought, conscience, religion or belief in particular, there is absolutely no change and any sign of any belief other than total devotion to the Kim family is severely punished.

Lord Alton said: "There are 30 Articles in the Universal Declaration of Human Rights. It's hard to think of any that are not being violated in North Korea."

Jieun Baek stressed the importance of CSW’s report in helping to change the image of North Korea and “shift agency to [North Korean] citizens as agents of survival and change.”

It examines changes in economic modes of survival, information flows from outside North Korea, defection patterns, freedom of expression and criticism of the state, and changes in human rights in law and practice.

Researchers found that as a result of these changes, the motivation for defection has changed. One escapee told CSW, “In the beginning, people defected because they were starving. They went to China to find food. But it is different now. For example, I was doing ok in North Korea. I could live. But more and more people want freedom, opportunities and hope.”

There is also anecdotal evidence that although the human rights situation remains one of the worst in the world, international condemnation and the COI investigation are having an effect on the regime.

Rogers added: "In a place of total darkness any flicker of hope is something we should build on. If an international inquiry had any effect on restraining conduct, we should take encouragement."