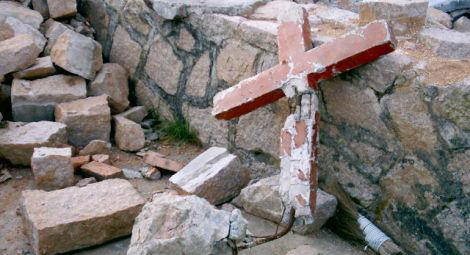 Pastor Su Tianfu of Living Stone Church in Guizhou Province, China has been sentenced to one year in prison suspended for two years, with a further six months’ residential surveillance.

Pastor Su stood trial on 26 April 2018, having been under house arrest since December 2015. The church’s other pastor, Yang Hua, was also placed under criminal detention in December 2015 on the charge of illegally possessing state secrets. Hua was formally arrested on 22 January 2016, and was sentenced to two and a half years in prison a year later.

Both pastors have also been fined over US$1 million for collecting ‘illegal’ donations from members of the congregation. Pastor Su Tianfu and Pastor Yang Hua have filed several appeals on the basis that the money was voluntarily donated by church members and was only used to fund church activities. All appeals were rejected.

In another province, authorities detained or removed over 200 members of the Early Rain Church in Chengdu, Sichuan Province, to prevent them from holding a prayer vigil for victims of the Wenchuan earthquake of 2008. Pastor Wang Yi was detained by police and accused of “picking quarrels and causing trouble” on 11 May and released the following night. Police also took away church members who arrived for the vigil on the morning of 12 May.

Pastor Wang has been an outspoken critic of the government’s policy towards unregistered or independent churches (sometimes known as “house churches”) like Early Rain and Living Stone Church. On 30 January 2018, Chinese Church Voices published Pastor Wang’s analysis of the revised regulations on religious affairs shortly before they came into effect. In the post Pastor Wang described the regulations as “evil”, “illegal” and “foolish”, expressed his intention to “peacefully reject the legitimacy and execution of these regulations”, and called on other Christians to prepare themselves.

Mervyn Thomas, CSW’s Chief Executive, said, “The sentence handed down to Pastor Su Tianfu is a gross injustice. Pastor Su and his congregation have engaged in peaceful religious activities, served their community, and supported needy members of the congregation. The authorities should welcome the church’s contribution to society; instead, their leaders and members have been harassed, monitored, threatened, fined and imprisoned. CSW also condemns the detention and removal of members of Early Rain Church to prevent them from holding a peaceful vigil for the victims of the Sichuan earthquake. We call on the authorities to release Pastor Su and Pastor Yang immediately and without condition, and to cease all harassment of independent churches. We further urge the international community to press China to release all those detained in connection with their religion or belief, and to revise or remove legislation not in line with international provisions on the right to freedom of religion or belief."