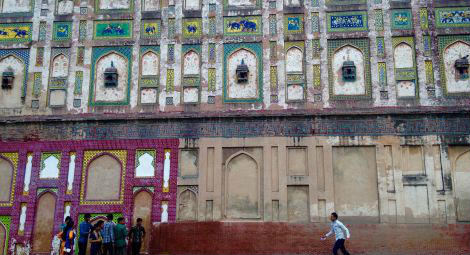 An Ahmadi mosque and a nearby historical building in Sialkot, Punjab province, Pakistan, were destroyed on 23 May.

An Ahmadi mosque and a nearby historical building in Sialkot, Punjab province, Pakistan, were destroyed by a mob of 600 to 700 people on 23 May 2018, while police and municipal authorities stood by.

The historical building, a property where the founder of the Ahmadiyya Muslim Community, Hazrat Mirza Ghulam, resided is adjacent to the Baitul Mubarak mosque. Both are over 100 years old and considered to be of historical significance to the Ahmadiyya community.

At around 11pm on 23 May, a group of officials from the Municipal Committee of Sialkot City reportedly started to demolish the historic building. Neither the municipal representatives nor local police had legal orders authorising the demolition of the property; however, the police who were present said they would permit the demolition as law and order was threatened.

Soon after, a mob of 600 to 700 people, who participated in the demolition of the house, started to vandalise the minarets, dome, doors and other parts of the mosque. The police took no action to intervene.

The Ahmadiyya community is the most widely, institutionally and constitutionally persecuted religious group in Pakistan. The second constitutional amendment in 1974 legally defined Ahmadi as non-Muslims. In 1984, Ordinance XX (20) was introduced, adding Sections 298(B) and 298(C) to the Pakistan Penal Code, which criminalised the community, and imposed strict restrictions on Ahmadis calling their place of worship a masjid, claiming to be Muslims or propagating their faith to others.

Despite the ongoing violence against and disenfranchisement of the Ahmadiyya community, in December 2016, former Prime Minister Nawaz Sharif granted approval for the National Centre for Physics at Quaid-i-Azam University in Islamabad to be renamed after Professor Abdus Salam, an Ahmadi who was Pakistan’s first Nobel laureate. Following a number of objections, including anti-Ahmadi protests by Islamist groups and government ministers, the centre has been the target of a sustained campaign to be renamed.

A new report from the International Human Rights Committee, to which CSW contributed, entitled Ahmadis in Pakistan face an Existential Threat: The growing violence, legal discrimination and social exclusion since 2015, details the divisive nature of the anti-Ahmadi legislation and the sustained campaign of hatred and violence which Ahmadis face on a daily basis.

CSW’s Chief Executive Mervyn Thomas said: “We are deeply concerned by the recent destruction of the Ahmadi mosque and adjacent property in the absence of any legal basis for the demolition. The local authorities must act to uphold the rule of law and protect the rights of Ahmadi Muslims, rather than being complicit in acts of violence. We urge the government to uphold the right to freedom of religion or belief for all citizens, and to adopt the recommendations within the report to repeal both the second amendment to the constitution and Ordinance XX, as well as investing in education to promote a more inclusive and tolerant society”.