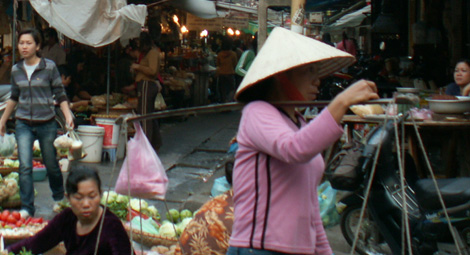 Nguyen Van Dai and his colleague Le Thu Hua were released from prison into exile on 7 June.

Vietnamese lawyer and pro-democracy activist Nguyen Van Dai and his colleague Le Thu Hua were released from prison into exile on 7 June.

According to news reports, they were released from prison late on 7 June and allowed to fly to Germany.

On 5 April, Nguyen Van Dai, Le Thu Ha and four other activists were sentenced to between 7 and 15 years in prison following their conviction on charges of ‘carrying out activities aimed at overthrowing the government’ under Article 79 of the Vietnamese penal code.

Mr Dai, a Christian human rights lawyer and founder of the Brotherhood for Democracy, received the longest sentence of 15 years in prison and a further five years under house arrest.

CSW’s Chief Executive Mervyn Thomas said, “We welcome the release of Nguyen Van Dai and Le Hua Tha, after a sustained global advocacy campaign by Vietnamese and international organisations. However, we oppose the condition that they have to leave Vietnam in order to secure their freedom, which amounts to involuntary exile.”

“We condemn the targeting by the authorities of both Nguyen Van Dai and Le Thu Ha, and the unfounded charges levied against them simply for advocating for the rights of their fellow citizens. We continue to call for the release of Pastor Nguyen Trung Ton, legal expert Nguyen Bac Truyen, and the other activists tried on 5 April, and all remaining prisoners of conscience in Vietnam.”

Nguyen Van Dai has provided legal advice and representation to victims of human rights abuses, including religious minorities, across Vietnam. As a result of his work, Dai has been repeatedly harassed and attacked by individuals working for the authorities and had previously served four years in prison. He and Le Thu Hua were arrested on 16 December 2015. At the time of his arrest, Dai was preparing to meet European Union representatives who were in Hanoi for the annual EU-Vietnam human rights dialogue.

The four other human rights defenders tried on 5 April alongside Nguyen Van Dai and Le Thu Hua had their sentences upheld in an appeal trial on 4 June.