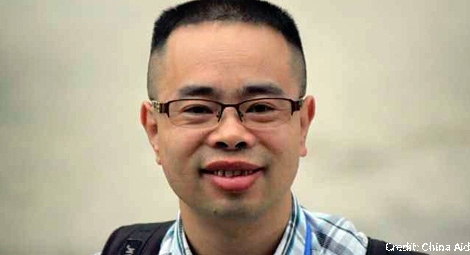 Pastor Yang Hua of Living Stone Church in Guizhou Province, China was from prison in the early hours of 19 June after completing a two and a half year sentence. According to friends and supporters, he is in urgent need of medical care and is suffering from several unspecified health problems.
Yang was placed under criminal detention in December 2015 on the charge of ‘illegally possessing state secrets’. On 6 January 2017, he was sentenced to two and a half years in prison. Another leader at the church, Pastor Su Tianfu, was sentenced to one year in prison suspended for two years, with a further six months’ residential surveillance, following his trial on 26 April 2018.
Both pastors were also fined over US$1 million for collecting ‘illegal’ donations from members of the congregation. Pastor Su Tianfu and Pastor Yang Hua have filed several appeals on the basis that the money was voluntarily donated by church members and was only used to fund church activities. All appeals were rejected.
In March 2017, Pastor Yang’s lawyer reported that he was “on the verge of paralysis” as a result of severe inflammation in his legs. He is also suffering from skin complaints which began in detention. He received only basic medical care in prison.
Pastor Yang’s release comes amid increasing violations by the authorities against both registered and unregistered churches in China, including forced closure of churches, demolition of religious buildings, harassment and physical attacks against church members, and a ban on under-18s attending church services.
Mervyn Thomas, CSW’s Chief Executive, said, “While we welcome the release of Pastor Yang Hua, we reiterate our belief that he should never have been convicted and sentenced in the first place. Pastor Yang Hua and Pastor Su Tianfu have been targeted for their leadership of Living Stone Church, an independent church which engaged in peaceful religious activities, served their community, and supported needy members of the congregation. We are extremely concerned by the authorities’ oppression of independent religious communities in China, in particular the use of arbitrary detention and torture to pressure religious leaders to stop their activities. We call on the authorities to cease all harassment of Living Stone Church and other independent churches, and to release immediately and without condition all those detained in connection with their religion or belief.”