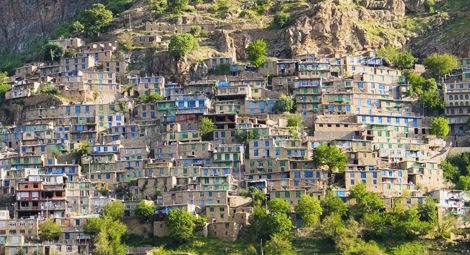 According to CSW’s sources, Saheb Fadaie and Mohammedreza Omidi were arrested on 24 July at around 7pm. In the case of Mr Fadaie, police knocked on the door of his home stating, falsely, that they had a summons for him. Mr Fadaie was arrested as soon he opened the door and was given no time to say goodbye to his wife.

Upon hearing of the arrests of Mr Fadaie and Mr Omidi, Yasser Mossayebzadeh attempted to surrender himself to the police, but was informed that he should wait because he was going to be arrested in a similar manner. He was subsequently arrested on 25 July, and all three were transferred to Evin prison in Tehran, after being held briefly in Lakan prison.

Mr Fadaie, Mr Omidi and Mr Mossayebzadeh were home on bail awaiting a summons to prison following the failure in May of an appeal against their convictions, and that of Pastor Yousef Nadarkhani, on charges of ‘acting against national security’ by ‘promoting Zionist Christianity’. All four had received ten year sentences; however, the pastor and Mr Omidi received an additional two years each, to be served in remote and inhospitable locations in the south of the country.

Pastor Nadarkhani, who was arrested in a violent raid on 22 July in which police assaulted his teenage son and used electric batons against him and his father, was initially held in solitary confinement in Evin prison, before being moved to Ward 8.  The ward is used for African, Asian and Eastern European prisoners and is infamous for extremely poor conditions, including chronic overcrowding, excessive heat during summer, and insect infestations.

The four men had been arrested in Rasht on 13 May 2016 during a series of raids by security agents on Christian homes, and their sentencing and subsequent appeals were heard by judges who are notorious for bias or miscarriages of justice. Lawyers representing the four Christian men were notified by text message of the failure of their appeal on 2 May 2018.

Local observers note that as the Iranian regime has grown more unpopular and citizens have become more vocal in their criticism of corruption in official circles, the government has become increasingly reliant on the support of hard-line ayatollahs, who favour increased pressure on religious minorities, informing CSW that “because they feel very weak, they are dangerous.” According to CSW’s sources, Iran’s Zoroastrian community is also experiencing pressure.

CSW’s Chief Executive Mervyn Thomas said: “The unnecessarily vindictive manner in which some of these arrests have been carried out is reprehensible and is clearly aimed at intimidating and causing fear. Moreover, incarcerating Pastor Nadarkhani in such notoriously appalling conditions amounts to cruel, inhuman and degrading treatment, and also highlights Iran’s deeply discriminatory treatment of foreign prisoners. CSW calls once again for the unconditional release of Pastor Nadarkhani, Mr Omidi, Mr Mossayebzadeh and Mr Fadaie, who have been jailed on spurious charges, and for the annulment of their sentences. We reiterate that the judicial harassment and imprisonment of members of the Christian community should not to be occurring in a country with a constitution that not only recognises Christianity, but also states that no-one should be molested or taken to task simply for holding a particular religious belief. We also urge the Iranian authorities to ensure the nation’s practices, legal procedures and provisions align with its international commitment to ensure due process and freedom of religion or belief for every faith communities.”

1.       Pastor Nardarkhani has been imprisoned before. He was arrested in 2009 after going to his children’s school to question the Muslim monopoly of religious education for children, which he felt was unconstitutional. He was charged with apostasy and sentenced to death in 2010, a decision that was upheld by the Supreme Court in 2011. On 8 September 2012, he was released from prison following his acquittal on apostasy charges, but was found guilty on charges of evangelising. The pastor was recalled to prison on 25 December 2012 to complete the remainder of a three year sentence for evangelism, and was released on 7 January 2013.