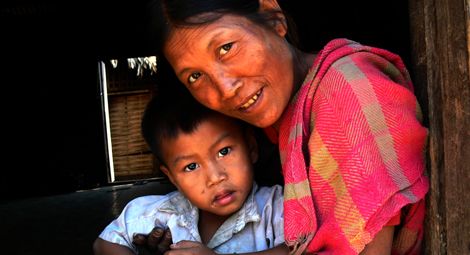 CSW calls for end to impunity after UN report

CSW has called for UN and member states to take steps to end impunity in the Rohingya crisis in Burma/Myanmar.

CSW has called for UN and member states to take steps to end impunity in the Rohingya crisis in Burma/Myanmar, following the UN Independent International Fact-Finding Mission on Myanmar’s 27 August recommendation that top military generals, including Commander-in-Chief Senior-General Min Aung Hlaing, be investigated and prosecuted for the crime of genocide in Rakhine State, and crimes against humanity and war crimes in Kachin and Shan States. According to the UN investigation, the abuses in these states “undoubtedly amount to the gravest crimes under international law.”

In an article published on 26 August, Ján Figel, the European Union’s special envoy for freedom of religion or belief outside the EU, and Benedict Rogers, East Asia team leader at CSW, argued that although there are some visa bans on prominent Burmese government officials, “there is no global arms embargo, no targeted sanctions against military-owned enterprises and no action to end impunity by referring the perpetrators of crimes against humanity to the international criminal court. These are steps that the UN and its member states should now adopt.”

According to the Mission, the crimes against humanity committed in Kachin, Shan and Rakhine States include murder, imprisonment, enforced disappearance, torture, rape, sexual slavery and other forms of sexual violence, persecution and enslavement. Evidence of the crimes of extermination and deportation were also found in Rakhine State. The Mission called for the situation to be referred to the International Criminal Court or for an ad hoc international criminal tribunal to be created.

Benedict Rogers said: "Failure to end impunity has sent the military a signal that they can continue to commit crimes against humanity without any repercussions. As a consequence, since the horrific escalation in the persecution of the Rohingyas a year ago, the Burma Army has intensified its assault on the Kachin, Shan and other ethnic groups. It is therefore essential that the international community act immediately, in support of the UN Factfinding Mission's recommendations, to ensure that the perpetrators of these crimes are held accountable."

25 August 2018 marked the first anniversary of the Burma Army military offensive that forced more than 700,000 Rohingya to flee their villages into neighbouring Bangladesh and led to the deaths of thousands. Zeid Ra’ad al Hussein, the outgoing United Nations high commissioner for human rights, described the events as “a textbook example of ethnic cleansing”, and the UN special rapporteur on human rights in Myanmar, Yanghee Lee, said she saw “the hallmarks of genocide”.

Recent crimes against the Rohingya in Rakhine State have a long genesis. For decades, this predominantly Muslim population has been subjected to dehumanisation and marginalisation, stripped of citizenship rights, rendered stateless and have faced restrictions on movement, marriage, access to education and healthcare and freedom of religion or belief.