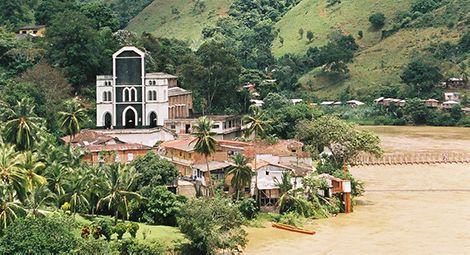 Pastor Elfren Martínez Perez, age 55, was shot and killed on 16 September outside his home in Antioquia, Colombia by members of an illegal armed group.

Pastor Martínez Pérez led Nueva Filadelfia Church, in the hamlet of La Ilusión near the city of Caucasia. According to CSW partners in the region, the pastor, whose church belongs to the Association of Evangelical Churches of the Caribbean (AIEC), one of the largest denominations in northern Colombia, had pushed back against the presence of the illegal armed group, believed to be a neo-paramilitary group which is active in the region.

A member of the community told CSW partners: “[Pastor Martínez Pérez] would confront [the neo-paramilitary group], they would always approach him to tell him that they had arrived to protect the community, that only they could do it, he would reply saying that the community did not need this form of protection”.

Earlier in the day on 16 September, the pastor had refused demands by the men from an illegal armed group to transport them on his boat. The men left, but returned at 7pm accompanied by two others on motorbikes. After calling Pastor Martínez Pérez out of his home, they reportedly said: “As you are a pastor, we will only shoot you once”. One of the men then shot and killed the pastor in front of his home.

Pastor Martínez Pérez is survived by his wife and five adult children. They fled the village because of fears for their safety.

Church leaders often play a dual role as de facto community leaders, especially in small rural communities in Colombia. Over the course of the 50-year conflict, hundreds of church leaders have been targeted by all sides in the conflict for assassination. Illegal armed groups often attempt to force the cooperation of church leaders, as appears to be the case with Pastor Martínez Pérez, in an effort to bring the rest of the community under their authority.

CSW’s Chief Executive Mervyn Thomas said: “CSW extends its deepest condolences to the family of Pastor Elfren Martínez Pérez. Whilst we welcome the Colombian government’s efforts regarding the peace agreement so far, little has changed for many communities in regions where illegal armed groups continue to operate with impunity. We call on the Colombian government to conduct a full investigation into the murder of the pastor and to bring those responsible to justice. We also welcome the numerous recommendations accepted by Colombia at the UN Human Rights Council calling for increased protection of human rights defenders and community leaders and we strongly urge the inclusion of religious leaders in these recommendations.”

1.       The Caucasia region of Antioquia has historically had a heavy presence of illegal armed groups, including leftist guerrillas and right-wing paramilitary groups. The demobilisation of the FARC-EP as part of the peace agreement with the Colombian government, signed in November 2016, has created a power vacuum in some parts of the country with other illegal armed groups vying for territorial control.