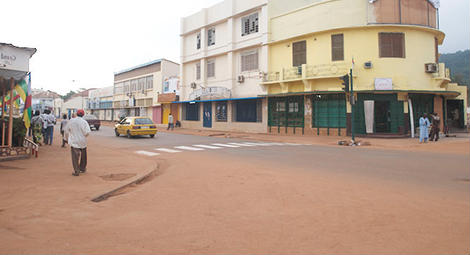 HRC39 Oral Statement during ID with the Independent Expert on CAR

Agenda Item 10: Interactive Dialogue with the Independent Expert on the human rights situation in the Central African Republic

The targeting of civilians on the basis of their ethnic or religious identity remains an issue of grave concern. The attack on Our Lady of Fatima Church in May and subsequent attack of a nearby mosque are not only violations of freedom of religion or belief, but also pose a real threat to the cohesion of CARs diverse society. We call on the government of CAR, in coordination with the UN Mission in CAR (MINUSCA), to ensure that perpetrators of these attacks are brought to justice.

We welcome the establishment of the Special Criminal Court earlier this year, but remain concerned by the lack of funding reported by the Independent Expert. We urge the international community to support the government of CAR in establishing a fully functioning criminal justice system to reinforce the rule of law and enable the justice sector to play its role in breaking the cycles of violence by addressing impunity.

Mr President, we are reminded that civilians continue to pay the greatest price in the ongoing crisis. The number of internally displaced persons is rising steadily and current estimates indicate that nearly 50% of the population is in need of urgent humanitarian assistance.

The UN has also noted that armed groups are present in nearly 80% of CAR’s territory, which contributes significantly to the violations discussed here today. We urge the government of CAR, together with the international community, to work towards the disarmament and reintegration of armed groups.

Of equal importance is the protection and promotion of economic, social and cultural rights. We call on the government of CAR, with the support of the international community, to prioritise the establishment of state infrastructure such as health care centres and schools. Additionally we urge the formulation of systems that enable the country’s vast natural resources to deliver dividends for CARs citizens, and stem funding flows to armed groups.

Due to the grave nature of the violations that continue to be reported, we encourage the Council to remain seized of the human rights situation in CAR, and to renew the mandate of the Independent Expert.