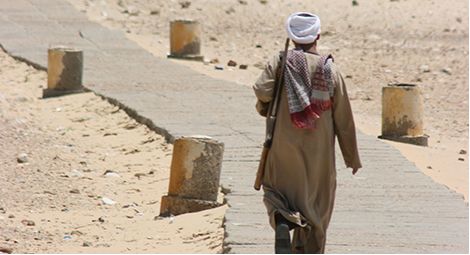 Arrests in case of November attack on Christians

CSW has learned that Egyptian police have arrested a number of people in connection with the attack on pilgrims visiting the Monastery of Anba Samuel the Confessor in Minya on 2 November 2018, in which seven Christians were killed and 18 injured.

The attack on the bus carrying the group of Christians occurred about 300km from Sohag. The assailants arrived in a four-wheel-drive vehicle, opened fire on the bus and then disappeared into the desert.

In other news, the Egyptian Prime Minister approved the legalisation of 168 churches and worship buildings last week. The decision was made during a meeting of the ministerial committee overseeing issues relating to building and renovating churches and worship buildings. Applications were approved for 126 buildings belonging to the Coptic Orthodox Church, and 42 belonging to the Evangelical Church.

In 2016, the Egyptian Parliament passed a law pertaining to the building and restoration of churches and worship buildings (Law 80/2016). The law meant that applications could be submitted to relevant provincial governors. Previously, permission for building a new church could only be granted through presidential decree, which occurred once every year or every other year.

A special committee was established in September 2017 to oversee the implementation of the new law, and 508 churches and worship buildings have been legalised since the committee began its mandate.

CSW’s Chief Executive Mervyn Thomas said: “We commend the efforts to bring those responsible for the 2 November attack to justice. CSW also welcomes the legalisation of 168 places of worship, which will contribute significantly towards inclusivity and the equality of all citizens. We call upon the Egyptian authorities to take further steps to ensure that the constitutional rights of all Egyptian citizens are upheld, including through reforming the education system to include the history and contributions of every religious community to the development of the nation.”