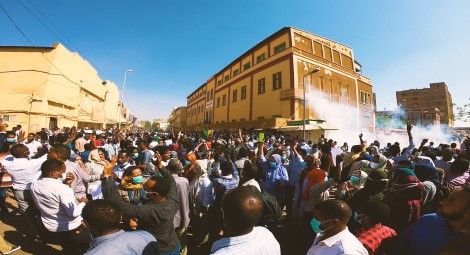 Government urged to end use of force against protesters

CSW is calling on the government of Sudan to end its violent suppression of peaceful protests and to implement longstanding human rights recommendations proffered by UN bodies over several years.

As protests in Sudan enter their fourth week, the government stands accused of using live rounds on peaceful protesters and blocking access to hospitals. A number of hospitals have announced they will offer free treatment to injured protesters, leading to a government crackdown on medical staff. At least 12 doctors have been detained.

CSW’s Chief Executive Mervyn Thomas CMG said: “CSW expresses our deepest condolences to the families and friends of all those who have been killed or injured whilst exercising their right to freedom of expression, assembly and association. We condemn the use of excessive force on peaceful protesters and call on the government of Sudan to release all those detained since 19 December 2018.”

Nationwide protests started on 19 December 2018 in response to a government decision that increased the price of bread from one to three Sudanese Pounds (approximately US$ 0.02 to US$ 0.06). Demonstrations which initially centred on economic mismanagement led to calls for democratic reforms and for the resignation of the Sudanese president, Omar al Bashir, who is wanted by the International Criminal Court (ICC) for several counts of war crimes, crimes against humanity and genocide. At least 37 people were killed by the security services between 19 and 25 December, with reports of snipers spotted along protest routes.

On 13 January, demonstrations took place in both Nyala and Elfasher in Darfur for the first time. In Khartoum Bahri, security services fired rubber bullets and tear gas at protesters. Access to Bahri Teaching Hospital was blocked by a large police truck to prevent injured protesters receiving treatment, and tear gas was fired into the hospital, in violation of international humanitarian law. There were several reports of security forces beating protesters, conducting house to house raids and arresting an unknown number of suspected protesters before and after the demonstration. The National Intelligence and Security Service (NISS) banned the printing of newspapers covering the 13 January protests, and have beaten and arrested journalists.

The Sudanese government has been criticised by the European Union and Canada, and by the TROIKA -  the US, UK and Norway – which issued a statement on 8 January raising concerns about the use of live ammunition by the government and calling for an investigation into the deaths of protesters.

The current demonstrations mirror mass protests that occurred in 2013, during which the government reportedly gave shoot to kill orders, resulting in the deaths of at least 200 unarmed protesters. The UN Independent Expert has repeatedly called for the government to create an independent judicial investigation into the use of force and loss of life, but it has failed to action this recommendation.

Mr Thomas continued: “We urge the Sudanese authorities to enact reforms that have been recommended by the UN over several years concerning economic, social and cultural rights, including access to social protections and healthcare; and civil and political rights, including the freedoms of expression, religion or belief, association and assembly.”

1.    President Omar al Bashir is wanted by the ICC, which issued warrants for his arrest on 4 March 2009 and 12 July 2010. He is charged with five counts of crimes against humanity, two counts of war crimes and three counts of genocide for acts committed between 2003 and 2008 in Darfur.