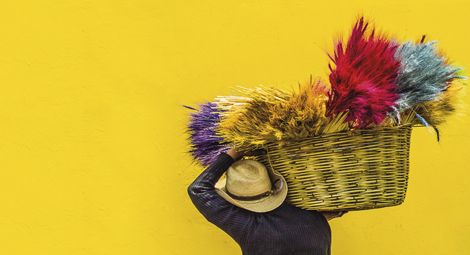 Police have failed to carry out an investigation into the attempted murder of a Jesuit priest on the evening of 13 December 2018 in Veracruz state in southern Mexico.

Father Raúl Cervera Millán was returning by car to the Jesuit community in Viborillas from the town of Huayacocotla on the evening of 13 December 2018 when two people on foot intercepted him on the road. One opened the priest’s passenger door and when the priest sped up to get away, the person on the other side of the car shot at him.

When Father Cervera Millán went to the local prosecutor’s office on 14 December 2018 to report the attack, he was told there were no resources or personnel to investigate what had happened and that the police investigator was busy with another murder case.

It is believed that Father Cervera Millán’s involvement in these projects is what led to him being targeted. In a recent interview, Father Omar Sotelo of the Catholic Multimedia Centre (CCM) explained why Catholic priests are often targeted by criminal groups in Mexico, “It is no coincidence that priests, like journalists, two entities that form public opinion, are being targeted by organized crime. There is a reason behind these crimes. And here the message they are sending is very clear, ‘If I can kill a priest, I can kill anyone.’”

Last year, ten religious leaders were killed in the country, making 2018 the tenth consecutive year that Mexico has been ranked one of the most dangerous countries in the world to be a Catholic priest. The expansion of violent criminal groups in the country and the pervading climate of impunity towards such crimes has led to an increase in violence against religious leaders. Many criminal groups view church leaders, both Catholic and Protestant, and their influence, as a threat to their power. Religious leaders continue to be threatened, kidnapped and killed and a lack of proper investigation means that perpetrators are not brought to justice.

A recent report published by CCM found that 26 priests had been killed in Mexico in the last six years, during former President Enrique Peña Nieto’s term in office. According to CCM the five main states where priests have been targeted are Mexico City, Guerrero, Veracruz, Chihuahua and Michoacán. The situation of the Protestant community is believed to be similar, although, for a number of reasons, there has not been consistent documentation of attacks on Protestant church leaders.

CSW’s joint Head of Advocacy Anna-Lee Stangl said: “CSW remains concerned by the targeting of religious leaders and what appears to be total impunity when it comes to these crimes. We welcome the new president elect, Andrés Manuel López Obrador, and we call on his government to adopt comprehensive policies for the protection of religious leaders and to ensure that these mechanisms are adequately funded and staffed with trained personnel. The Mexican authorities must carry out proper investigations to effectively combat impunity of all attacks against religious leaders and bring those responsible to justice.”