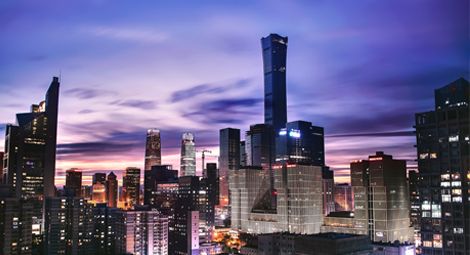 Chinese human rights lawyer Jiang Tianyong has disappeared on the scheduled day of his release after two years in prison.

Friends and activists are saying he has been ‘taken away’ on social media. His whereabouts are currently unknown.

Jiang had worked as a human rights lawyer for years before going missing in November 2016. He was put on trial in August 2017 but was denied access to legal counsel of his choosing and subsequently sentenced to two years in prison on the charge of “inciting subversion of state power” on 21 November 2017.

Jiang was scheduled to be released 28 February, but authorities had previously told his family that he would be taken to a location chosen by police following the end of his prison sentence.

CSW’s Chief Executive Mervyn Thomas said: “We are deeply concerned as to the whereabouts of lawyer Jiang Tianyong, who we believe was sentenced in reprisal for his years of dedicated work defending human rights and rule of law in China. We call on the Chinese authorities to release Jiang immediately and unconditionally, and to ensure that he is able to enjoy his freedom without facing further harassment or intimidation.”

The targeting of human rights defenders is common practice in China. Gao Zhisheng, a lawyer whose case Jiang worked on, has been detained incommunicado since August 2017. In January 2019 China sentenced human rights lawyer Wang Quanzhang to four and a half years in prison. He had previously spent over three years in incommunicado detention.

Mr Thomas added: “CSW continues call for the immediate release of Gao Zhisheng, Wang Quanzhang, and all those detained in connection with the defence of human rights. China must end its practice of targeting individuals such as these and ensure that it upholds all of the human rights enshrined in the Universal Declaration on Human Rights. We call on the international community to raise these issues with China at every opportunity.”