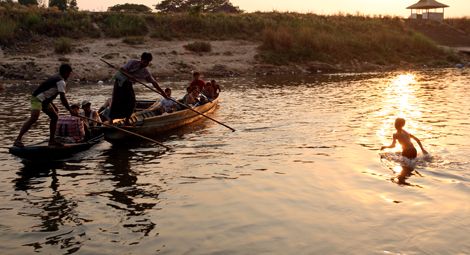 Wa Lone and Kyaw Soe Oo uncovered the massacre of 10 Rohingyas in Inn Dinn, Rakhine State that took place in September 2017. In their report, they claimed that local Buddhist villagers had dug a grave and hacked two Rohingyas to death. The others were shot by the Burma army. The two reporters were awarded the Pulitzer Prize last week, while in jail.

Arrested in December 2017, Wa Lone and Kyaw Soe Oo have already spent over 16 months in prison. A previous appeal was rejected by the Yangon High Court in January, and at the start of Thingyan, the Buddhist New Year, Burma’s President Win Myint pardoned 9,000 prisoners in the traditional amnesty, but Wa Lone and Kyaw Soe Oo were not among them. Only two out of 139 political prisoners were freed, according to the Assistance Association for Political Prisoners, alongside hundreds convicted of drugs-related offences.

Last year a police officer told a court hearing that officers had planted secret documents on the two journalists, framing them for the charges they faced. The policeman, Moe Yan Naing, was then jailed for breaking the Police Disciplinary Act. Another police officer admitted that the documents had already been published in newspapers, and so were not secret. Yet another police witness told the court that he had burned his notes of the case.

CSW’s East Asia Team Leader Benedict Rogers said: “This decision by Burma’s Supreme Court is a very dark day for press freedom in the country, and another setback to hopes of democratisation. Freedom of the press and the rule of law are vital foundations for any democracy, and jailing journalists for uncovering the truth about the military’s human rights violations is a major blow to this freedom. Upholding their conviction despite clear evidence that they had been framed for the charges of stealing state secrets is a serious setback to the development of the rule of law. The international community must protest clearly and loudly, and demand the immediate release of Wa Lone and Kyaw Soe Oo.”