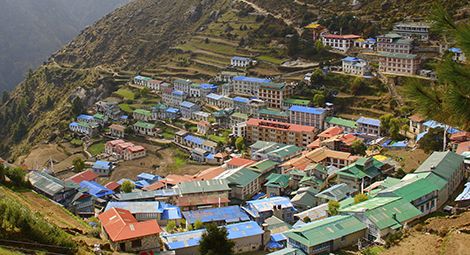 Four Christians have been falsely arrested for alleged involvement in conversion in Ghorahi, a city in the Dang Deukhuri District, Nepal. Conversion is illegal in Nepal.

Local police arrested two men and two women at their hotel at approximately 8am on 23 April. They have been identified as Dilli Ram Paudel, the General Secretary of the Nepal Christian Society; Gaurav Sreevastab, an Indian national; an unnamed U.S. citizen and Kusang Tamang, their Nepali interpreter. Their bibles and personal belongings, including cash and laptops, were confiscated by police.

The group had attended a one-day Christian conference for pastors on 22 April, held at a local church, with approximately 70 others. Sources have told CSW that the four have not been charged yet but remain in police custody.

However, if a charge is registered, it would be under Section 158 of Penal Code, a law which came into force in August 2018 and which criminalises proselytising and conversion. Conviction carries a custodial sentence of up to five years and a fine not exceeding fifty thousand rupees (approximately £340). Where a foreigner is involved, the person will be deported within seven days after completing the prison sentence.

Nepal has been a member of the United Nations Human Rights Council since 2018 and has voluntarily pledged to promote and protect human rights, including freedom of religion or belief (FoRB), in addition to being a party to the International Covenant on Civil and Political Rights (ICCPR). However, the use of draconian laws such as Section 158 to limit FoRB, and the increase in targeted harassment and attacks on religious minorities in recent years, have resulted in many Christians living in fear of practicing their faith freely.

CSW’s Chief Executive Mervyn Thomas said “We urge Nepal to respect the right of all religious minorities to practice their faith or belief through worship, observation, teaching and practice. Section 158 of the penal code emboldens both state and non-state actors to harass and prosecute innocent people who are simply exercising their right to freedom of religion or belief. We call on the police to drop all charges against these Christians and to release them immediately.”